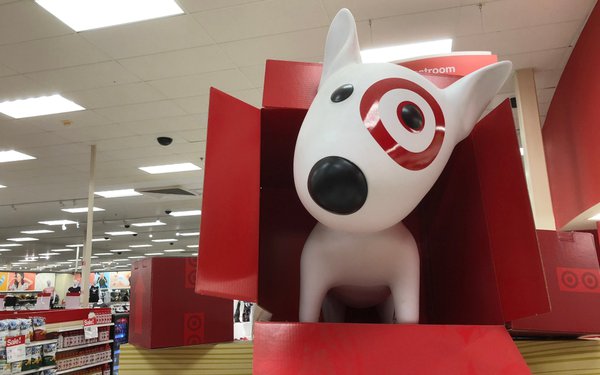 Americans aren't tiring of their months' long Target run. The Minneapolis-based retailer says its comparable sales jumped nearly 21% in the third quarter, with broad gains in each of its key merchandise categories.

Chairman and CEO Brian Cornell cited "unprecedented market share gains," valued at some $6 billion, in the company's announcement of the results.

Sales gained both in stores, with comparable-store sales climbing 9.9%, and digitally, up 155%.

Cornell says the company is gearing up for a holiday period designed to avoid store crowding, so its customers can keep spending without worrying about getting sick.

"In preparation for the holiday season, we focused first on the safety of our guests and our team, making changes to eliminate crowds while enhancing our fast-growing, contactless options like in-store pickup, Drive Up and Shipt," he says in the announcement. "In a holiday season that will feel different for our guests, we're committed to helping them navigate the season safely, as they find new ways to celebrate."

Still, some observers detected a slight slowdown in growth since the last quarter -- a small slump that also appeared in sales at Walmart’s earnings this week.

"The ending of enhanced unemployment benefits dampened consumer spending a little, especially when it comes to discretionary items," writes Neil Saunders, managing director of GlobalData, in his comment on Target's results. "Target is somewhat less affected by this than other retailers. However, the withdrawal of the stimulus still pinched around the edges."

Saunders also says that back-to-school and Halloween, usually big-ticket events for the young families who shop at Target, "were much more muted affairs this year."

Still, he thinks Target's increased traffic, while competitors see declines, is "a testament to the strength of Target's offer and, in the case of physical destinations, the pleasantness of its stores."

GlobalData's research finds that 34% of Americans visited a Target during the pandemic, "just to browse and to get out of the house,” the highest percentage of any retailer in its survey.