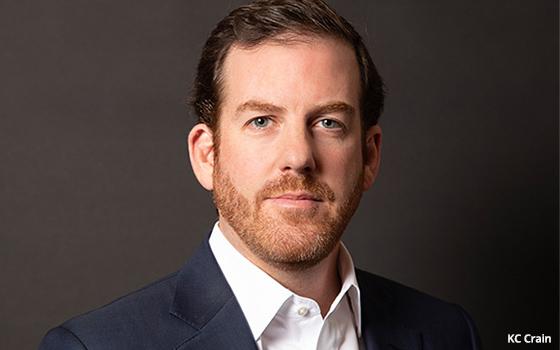 KC Crain will be the next CEO of Crain Communications Inc., the Detroit-based, family-owned media company that operates Ad Age, Crain’s Detroit Business, Automotive News and nearly 20 other trade and business titles.

The company also announced it has increased new paid subscribers by 50% this year, thanks to a companywide effort to expand the business, according to a statement.

Crain will succeed his father, Keith E. Crain, who remains chairman of the board.

The elder Crain has served as CEO of Crain Communications for 23 years, since 1997.

The younger Crain has served as president-Chief Operating Officer of the company. His title is now president-CEO.

The action was ratified at the company’s annual board meeting on November 18.

“We’re proud of the 104-year legacy of our company and of the continued leadership from within our family,” Keith Crain stated.

He touted his son’s “strategic acquisitions” in recent years.

KC Crain started in the family company as a reporter for Automotive News. He later served in roles such as group publisher, executive vice president and director of corporate operations.