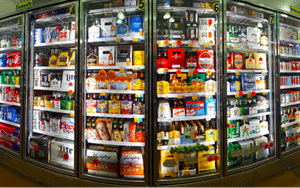 Molson Coors is giving on-premise bar and restaurant owners and off-premise retailers some sobering views this holiday season, noting that business looks far from promising because of the pandemic.

“The day before Thanksgiving is usually a huge on-premise day. We just don’t expect that to be as much of an opportunity this year,” writes Mike Schouten, Molson Coors’ shopping insights manager for the on-premise segment, in a Molson Coors blog posted on that very day.

Schouten said the company is trying to work with restaurants and bars to find new opportunities. About a third of consumers have ordered some kind of alcoholic beverage to go. “That number is growing almost every week,” Scouten noted. He said bars and restaurants can push the convenience of ordering food and beverage at the same time -- or appeal to the customers’ willingness to help a local establishment stay afloat.

The blog seems surprisingly blunt, considering it’s published by a leading company in the business. “With Americans heading into the holiday season, the beer industry is preparing for a winter fraught with uncertainty,” the first paragraph reads. “A resurgent virus and ongoing recession are colliding with traditional times of elevated beer sales in both on- and off-premise venues.”

Whatever is happening in bars, restaurants, supermarkets and via ecommerce, the biggest looming problem may just be the entire economy.

The employment growth rate is slowing, a variety of COVID-19-dictated relief efforts end at the end of the year, and Congress is not now close to approving any new package of economic aid.

While that would seem to be the very circumstances that would “drive one to drink,” it’s also the environment in which discretionary purchases get tough.

“We’re going to see a deepening recession and a contraction in consumers’ ability to spend money on alcohol,” says Lester Jones, chief economist for the National Beer Wholesalers Association, quoted in the blog post.

The beer industry has generally done well in down economies, the Molson Coors blog notes.

But this is a different world. The beers that now sell best are premium-priced, like Anheuser-Busch’s Michelob Ultra Light.

“So while many consumers may have less to spend, they figure to continue buying beer. How much they’ll spend — and on which brands — remains an open question.”

The action -- what there is of it -- will mostly happen at supermarkets, liquor stores and online. The blog notes that Nielsen’s latest tabulations show off-premise sales are up 16% over a year ago, which could get stronger as the holiday season unfolds.

Where are consumers shopping? According to Nielsen,  convenience stores, the biggest sale point, have posted 16% growth in dollar sales, while groceries, the second-largest, are up 17%  over the last 26 weeks.  But the big boom has been in ecommerce, up a market-altering 300%.