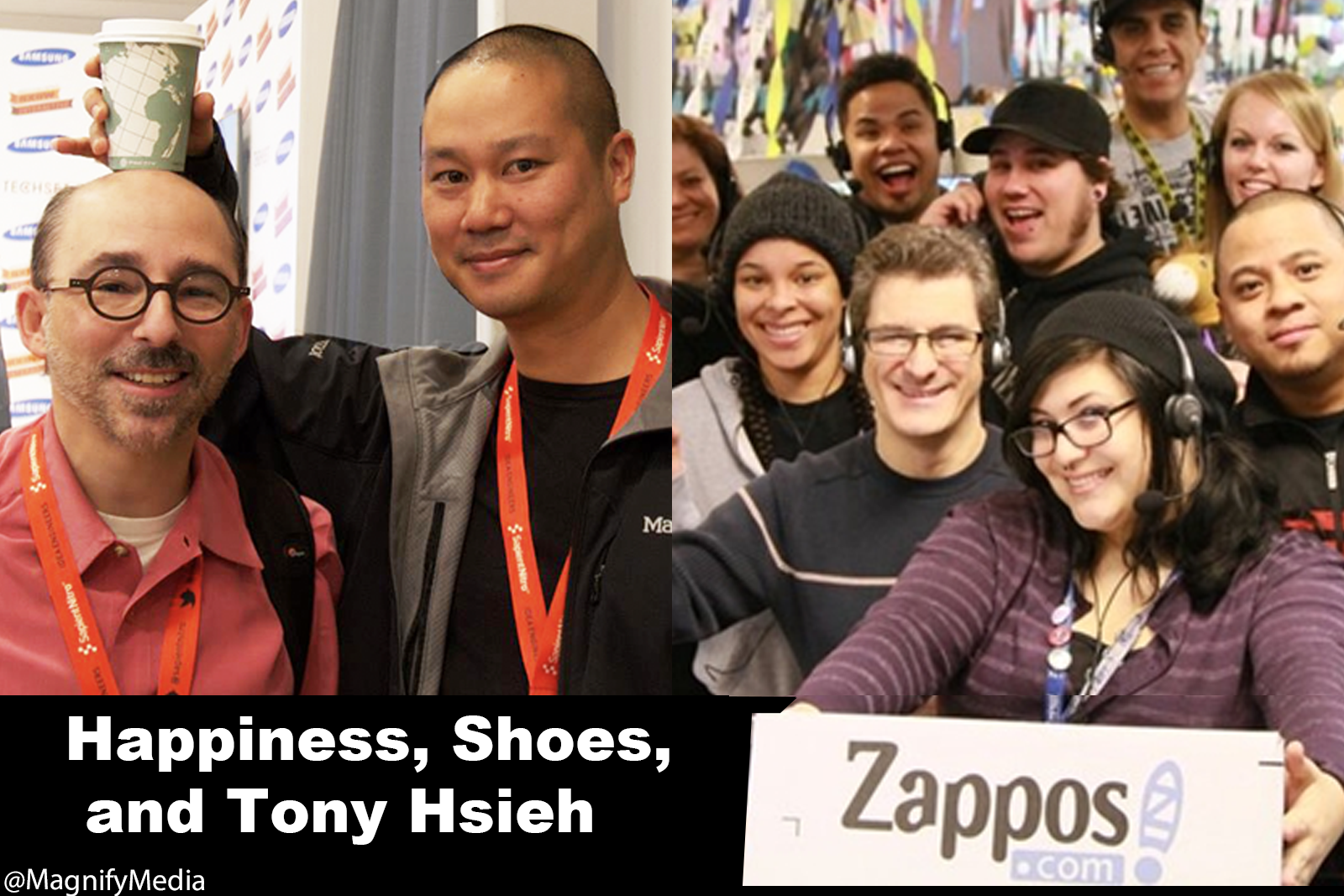 I remember the first time I met Tony Hsieh, the retired CEO of online shoe retailer Zappos who died last week at the age of 46.

It was my first trip to SXSW, and I was overwhelmed and a little bit terrified. The event was massive, and I absolutely felt like an outsider.

But off the convention floor, in a room that wasn’t widely publicized, my friends Stephanie Agresta and Brian Solis ran The Bloggers Lounge. It was a room full of friends, digital media makers, and start-up founders.

On what I believe was day two, someone introduced me to Tony, who was immediately charming. “You should come visit Zappos the next time you’re in Las Vegas, “ he said with an impish grin. I had no interest. I didn’t buy shoes very much -- and certainly not online. But he insisted, with the alluring promise, “I’ll send a car to pick you up.”

For the life of me, I can’t figure out why I said yes.

But the next time I was in Vegas for CES, I sent him an email and said "OK let’s do this.” I don’t know what I expected -- a warehouse of some shoes, some high-tech computers? But when the car dropped me off, the first thing I encountered was the receptionist dressed as Elvis. The tour was quirky and fun, and the energy in the place was electric. I got my picture taken on the guest's throne. I wore a crown.

I asked Tony at the time why Zappos wasn't in San Francisco, and learned that as he grew Zappos, he made the conscious decision to move the whole thing to Las Vegas. “I wanted it to be somewhere fun and young and with energy so that I can hire great people,” he explained.

The thing I quickly learned about Tony was everything he did was about fun, happiness, and sharing -- with his customers and his employees.

Zappos is famous for many things, but one thing in particular. When they interview, they ask questions directly related to the Zappos Core Values, including asking candidates to gauge their own weirdness, open-mindedness, and sense of family.

The training program takes five weeks, and at any time, trainees can take $2,000 to quit. Still, only 1% take the offer. Tony aimed to hire team members who wanted to be at Zappos more than anywhere else.

At the time, places like SXSW were famous for throwing big, fantastic parties. It was a marketing strategy. Tony didn’t think of it as marketing, he thought it was more central to what Zappos was about. So he rented a Greyhound bus that would drive around Austin all through SXSW and pick people up. We would hang out on the bus and drink. One of the more memorable bus adventures I had was with the balloon artist. Before I could stop her, she had balloons on my head, a balloon crown. I wore it all night.

And that was the feeling Tony wanted to imbue in Zappos: fun. He wanted customers to be excited to open a Zappos box. And that was what I pitched him, capturing that moment with the "Zappos Box Break" on video. It would be like recording pure delight.

And so at SXSW 2009, a long list of luminaries arrived at the TechSet lounge, excited to break open the Zappos boxes they had requested.

The logistics were surprisingly complicated. Famous influencers, pre-orders, shipping all of the Zappos gifts to Austin and then having our video crew capture their box break. It was a fantastic hit.

It's hard to explain Tony. He was a modest entrepreneur, and yet driven to invent and re-invent how companies can create communities. He told me he was in favor of what he called "collisions" -- creative collisions. He wanted team members to enter and leave through the front door, so they'd run into each other.

For Tony, business objectives would be met by making customers and employees happy. And so when the company outgrew its three buildings in Henderson, 25 minutes outside of Las Vegas, Tony bought City Hall. Seriously, he bought the former Las Vegas City Hall, and moved the whole company into the former center of government.

With that move, he began an ambitious project to revitalize downtown Las Vegas.
.
The Downtown Project  was inspired by Edward Glaeser’s book  “Triumph of the City.”  The idea was that knowledge was more powerful than space. When cities double in size, productivity and innovation per resident increases as the exchange of ideas improves -- those random connections he thought of as collisions.

For Tony, The Downtown Project was all about return on collisions. “The whole idea... is something that I think will play out and actually make financial sense, but it’s just a longer time horizon,” he said.

Tony was always about being unpredictable, memorable, and spontaneous. Years after our first meeting, and after Box Breaks, I ran into Tony at SXSW. "Let's take a picture," he said. And as someone with an iPhone snapped away, he reached over and put a coffee cup on my head. "What's up with that?" I asked him quizzically. ”Well," he said with his classic grin, "It's something you'll never forget."

And, of course, he was right.

1 comment about "Happiness, Shoes, And Tony Hsieh".
Check to receive email when comments are posted.
Next story loading