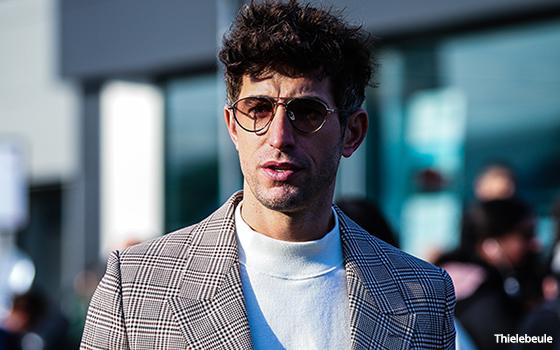 David Thielebeule is the next editor in chief and Chief Creative Officer of Grazia USA.

Formerly style director of WSJ. Magazine, he will spearhead the launch of the U.S. edition of Grazia. The brand is targeting luxury fashion consumers aged 18-35 in North America.

The 80-year-old fashion, beauty and culture media brand is owned by Mondadori Group, the largest publishing house in Italy.

Grazia launched in the U.S. in October, with Kim Kardashian-West as its first digital cover star.

Ernesto Mauri, CEO of the Mondadori Group, called it ”the first time an all-Italian fashion magazine lands on the U.S. market.”

Thielebeule, who has also worked at Allure, Harper’s Bazaar and GQ, will oversee the creation of a 300+ page quarterly edition of Grazia USA, as well as its digital platform.

“I am humbled by the tremendous opportunity to introduce Grazia USA to the diverse and constantly evolving American audience,” Thielebeule stated. “The definition of ‘grazia’ in Italian is ‘grace,’ and I cannot think of a more timely or meaningful word to define my vision for the brand.”

He added his team will be “challenging tradition and creating a new, broader and more inclusive understanding of what it means to be truly glamorous.”

Grazia USA will release two digital covers in the first half of 2021, one to coincide with New York Fashion Week in February and the other in May.

The first print issue of Grazia USA will be released in September 2021.

Grazia has 21 international editions, with over 15 million print and 35 million online readers.

Grazia USA is published under a licensing agreement with Pantheon Media Group, LLC (PMG) led by Dylan Howard, who serves as publisher and Chief Executive Officer of Grazia USA.

“The editorial mission of Grazia USA will focus on a blend of local and international content and the elevation of North American fashion and design talent," Howard stated back in October.