An Open Letter To Jack Dorsey 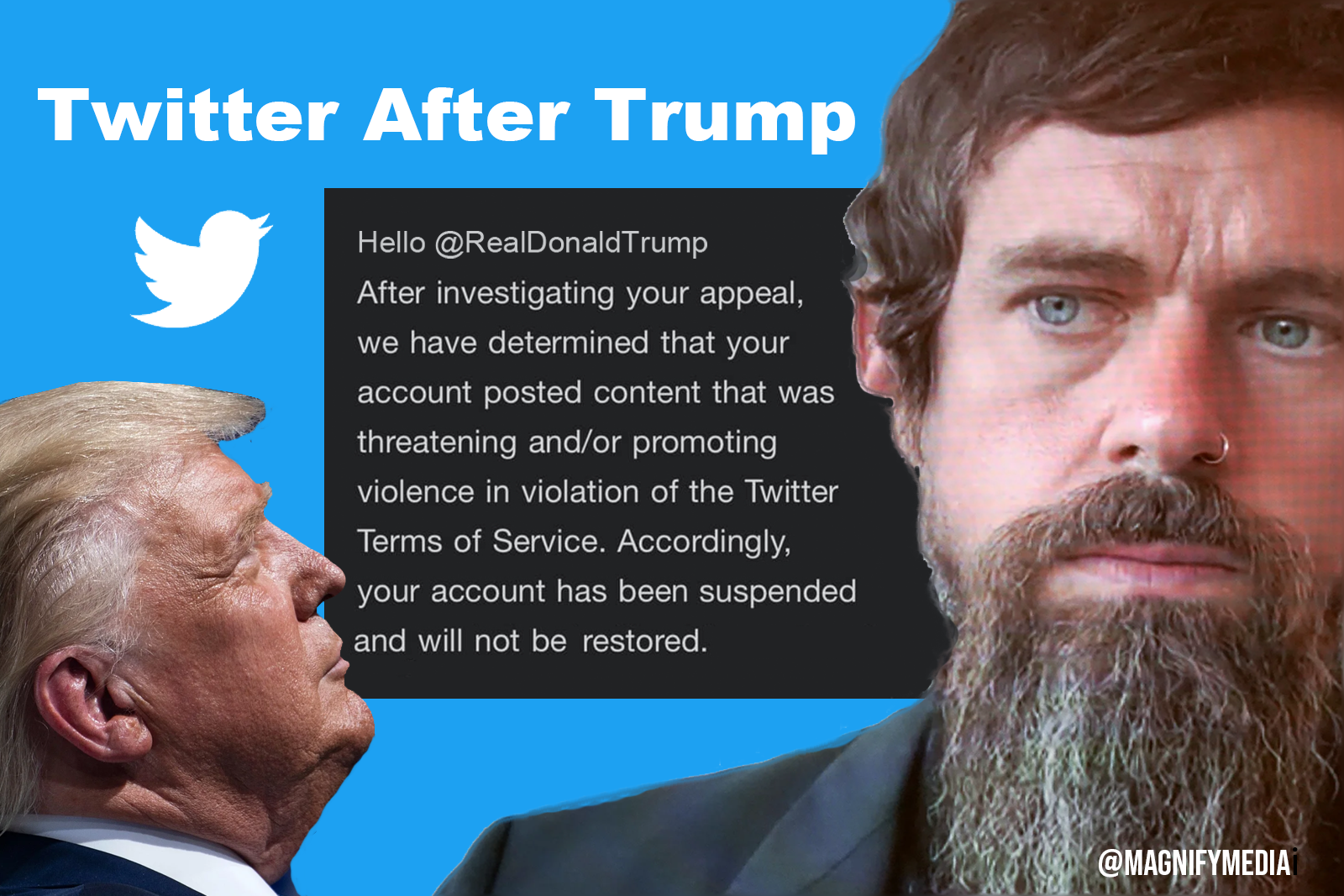 On Jan. 20, Donald Trump will climb the stairs to Marine One and depart the White House. What happens next is up to you.

For the past four years, you’ve instructed the team at Twitter to take very cautious steps with Trump. No doubt his decision to use your platform as his primary communications tool has provided Twitter with tremendous value.

The @POTUS account and the @RealDonaldTrump account have overlapped, with President Trump using his 88,651,226 Twitter followers to ruthlessly attack his enemies, promote Twitter accounts that published provably false information about COVID-19, and amplify claims of election fraud and stolen votes.

In the months leading up to the election, you’ve added more labels and qualifying information to his relentless firehose of misinformation. But Trump’s use of your platform has done a tremendous amount of harm. He’s used your platform to fire employees, endorse white nationalists, and draw dangerous lines of hate and division. He’s amplified hate and encouraged armed militias to “stand ready.”

In the days after the election, Trump repeatedly tweeted about vote counting and claimed that voter fraud was widespread. Twitter reacted by labeling a staggering 15 of his 44 tweets as disputed or misleading. The Trump campaign responded, saying Twitter was working to “silence the president.” Undeterred, Trump tweeted “I WON THIS ELECTION, BY A LOT!”

Individually, these tweets could be seen as emotional outbursts. But looked at collectively, it’s clear that his emotional and hate-filled rage tweets are more than acts showing lack of impulse control. They were part of a coherent strategy to replace a democratic government with the control of strong-man social media command and control.

On Jan. 20, you have an opportunity to put an end to the former president's use of your powerful media megaphone.

I’m not asking you to throw him off the platform or restrict what he says, or what he chooses to retweet. Instead, I’m asking that you treat him as you would any other citizen on your platform. Hold him to your published terms of service. Don’t allow him to incite violence, or use Twitter to shame, humiliate, or otherwise bully others.

Treat him as Citizen Trump, and quickly he’ll find himself running into the restrictions other users of your platform face. His special privileges and power as the President of the United State gave him unique -- some would inappropriate -- ability to leverage your platform for his personal gain.

While I suspect that you and the leadership of Twitter spent many hours trying to figure out how to draw lines around which tweets should be labeled, restricted, or otherwise clarified as Trump poured out his rage on your platform, I’m also quite sure he gave it little thought.

Playing Presidential whack-a-mole with the hundreds of tweets he published or retweeted each day has left your platform powerful, but damaged.

The lack of a clear ethical center in the name of "free speech" has given rise to a slew of new competitors -- narrower in focus, but clearly with a mission to take sides and provide a virtual gathering place for rage. Let them have it. If Trump and his small but vocal audience want to decamp from Twitter and move their cabal to Gab, Parler, MeWe, or Rumble, you’d be crazy trying to placate them to keep them on Twitter.

Jack, it’s time to tell Donald, "we expect civil engagement within our terms of service, or you’ll be de-platformed."