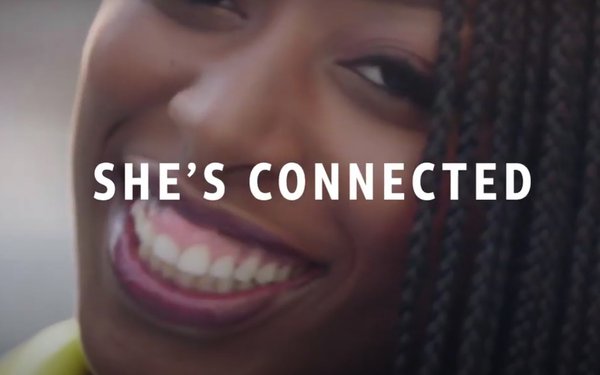 AT&T on Tuesday will unveil “She’s Connected by AT&T,” a slick campaign that will help four top female athletes achieve more in their off-field business pursuits via help with AT&T marketing services and through their  participation in its mentoring program.

The package includes the creation of documentary-style videos for each of the athletes, to be shown across WarnerMedia’s linear, digital and social platforms. They’ll be produced by the company-owned Courageous Studios, which is the brand studio for CNN and had the same role for CNN’s now-discontinued digital site, Great Big Story.

The athletes will also be enrolled in AT&T’s Aspire Accelerator mentorship program.

These videos are meant to inspire other women to try to follow a growth path.  “I’m a firm believer that if you can see her, you can be her,” says  Shiz Suzuki, associate vice president for sponsorship and experiential marketing, in a statement.   “With the ‘She’s Connected by AT&T’ content series and program, we are making impactful change for women now and women in the future to follow and achieve their dreams on any field, court, course, front office or boardroom.”

AT&T says the program and the videos of the four players  “not only bring awareness to their stories – but power their dreams, businesses and endeavors with our products and services.”

Announcing the initiative, the company said, “One of AT&T’s core values is ‘Stand for Equality.’"

The company said that value is demonstrated by its involvement in the Association of National Advertisers'  “See Her” campaign to improve women’s roles in the advertising business, and by its sponsorship of the WNBA and  the  league’s new “Changemakers” program, to advance women and sports.

The first video profiles WNBA star Chiney Ogwumike, who's not only a two-time All-Star, but also hosts an ESPN Radio talk show, regularly visits her native Nigeria to mentor young players and, like the world-class athlete she is, works out feverishly.  She explains in the nearly three-minute  video that  “ ‘She’s Connected’ allows us to find other women who are on the same mission as us,’” striving for bigger achievements in the corporate and sports world.

That video will be telecast on CNN, NBA TV’ and Bleacher Report’s Instagram accounts, on linear television on NBA TV, TNT’s “NBA on TNT” programming and on the NBA.com website.