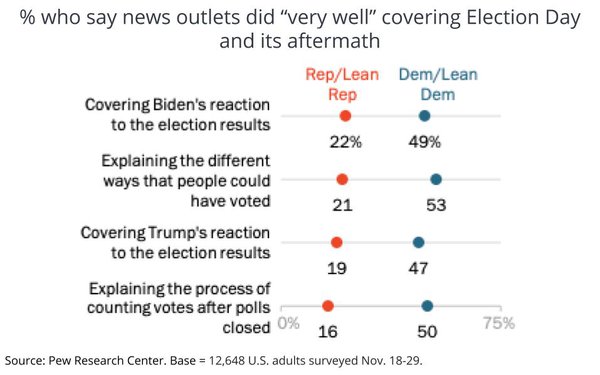 Now that Republican leadership -- not to mention Russia's -- are acknowledging that Joe Biden is the official President Elect of the United States, watch for reality to begin setting in to the rest of the Republican party, even as its titular, albeit lame duck leader, persists that he, not Biden actually won.

Nevertheless, new research from the Pew Research Center indicates media has played a role in shaping the alternate realities during and after the 2020 presidential election, with Republicans far less likely to believe media coverage than Democrats.

The study, which interviewed 12,648 U.S. adults in late November, found that Republicans also put much greater stock in the role of social media than actual news media outlets.

On a positive note, about a third of Republicans said they did not approve of their candidate's "message" after the election, which I take as an encouraging sign that the Republican party may also persist. As for the other two-thirds, see reference to "alternate realities" above. 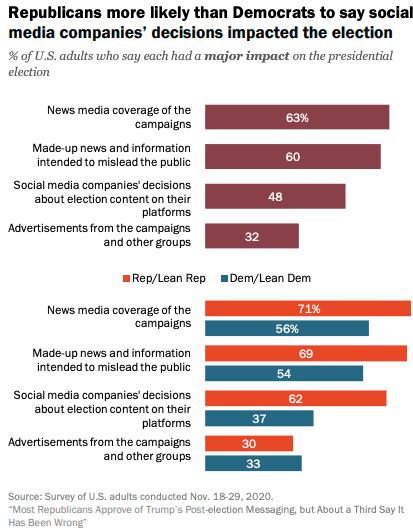