A Year Without Hits: Toys Face A Changing Market 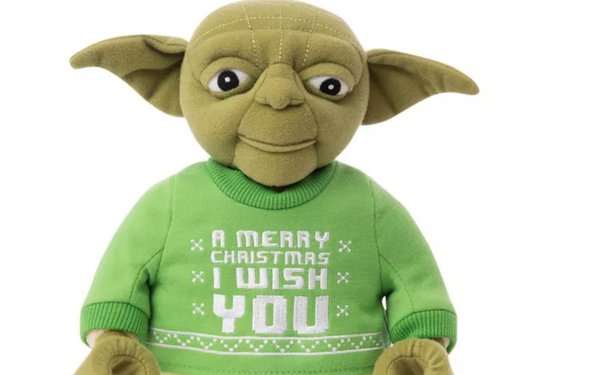 Times are tough in Toyland. Overall, sales have been strong, as parents continued to turn their homes into classrooms. But retailers are struggling, and without hit movies and schoolyard influencers, there have been no hot toys. Richard Gottlieb, founder and CEO of Global Toy Experts, tells Marketing Daily what trends are at play.

Marketing Daily: How did the pandemic impact sales early on?

Richard Gottlieb: It's been a pretty good year for toys, and specific segments -- puzzles, games, construction toys, STEM toys -- did very well early on. I've looked back at the flu epidemic in 1918, and many of those categories also did well then.

But coming into December, we're predicting softer sales. People are pantry-loading, and I think parents say to themselves, “Do we need one more game? Or another jigsaw puzzle?”

People are also aware of shipping problems, so I think that has an impact.

On the whole, I expect sales will rise between 1% and 4% for the year.

Marketing Daily: Did any brands stand out to you, positioning themselves well as the pandemic started last spring?

Gottlieb: At first, they were all busy trying to keep up with demand. And that was unexpected, because we're a fourth-quarter business. We do roughly 40% of our sales in the last three months of the year.

But some of the companies we follow saw sales jump 300%, and they just didn't have the inventory to meet those increases. So most companies were just preoccupied with logistics.

Marketing Daily: How about retailers?

Gottlieb: Smaller, independent toy stores suffered. Many not only didn't have ecommerce set up, but not even a website. We will probably lose about a third of toy stores this year.

Marketing Daily: That's sad, especially since many people still mourn the loss of Toys R Us.

Gottlieb: Yes, there are a lot of toy deserts out there. Forgetting economics for a minute, it's just regrettable for families. Going to a great toy store is so different than going to a toy department. It can be magical in a toy store because there are toys you didn't know about and didn't expect to see. At a mass merchandiser, it's all about toys that have been promoted on television.

Marketing Daily: Why isn't there a hot toy this year?

Gottlieb: The lack of big movies. We are highly dependent on intellectual property. Without theaters being open, that was different. Baby Yoda [from “The Mandalorian”] was an exception and provided a real shot in the arm.

Another impact of COVID was that kids weren't at school, and the schoolyard is an important social network. Those influencers didn't have the opportunity to show up at the playground with that cool toy.

Marketing Daily: Can you talk about some of the brands doing best with digital trends, like LEGO?

Gottlieb: LEGO has had a big year, but that's been driven by demand for construction toys. People love to build. LEGO has done a phenomenal job of remembering who it is, which is a company that provides high-touch products, but they are also high-tech.

Marketing Daily: How about nostalgia?

Gottlieb: It’s big. Slinky is having its 75th birthday. People are buying Monopoly and Play-Doh. Parents and grandparents are sharing the way they played -- it's like comfort food.

Marketing Daily: Toys for babies and toddlers, like Fisher-Price, have been having a rougher time. Why?

Gottlieb: Yes, the entire preschool category is struggling. Our birth rate keeps dropping. There's just not as many kids. And experts estimate there will be 500,000 fewer kids as a direct result of COVID-19. Where the birth rate is increasing, though, is among women in their 30s. They tend to be in dual-income families and are spending lots when they do have children.

Marketing Daily: What about video games?

Gottlieb: When a new video game console comes out, it tends to have a negative impact. Fathers rationalize it as a family gift and spend less on traditional toys. So this year, the Sony PlayStation 5 and Xbox X series might have cannibalized sales of toys. However, production delays are making them hard to get.