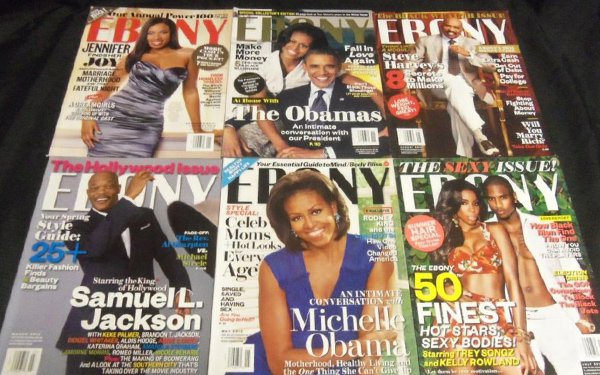 Ebony is staging a comeback.

He secured Ebony, which covers the Black community, for $14 million.

Decades-long owner John H. Johnson founded the iconic publication in 1945. Johnson Publishing sold Ebony and Jet in 2016 to the CVG Group, which later defaulted on $10 million in loans.

The magazine’s photo archive, which includes photos of Martin Luther King Jr.'s family at his funeral and Louisville native Muhammad Ali during his fights, was purchased jointly by four foundations. They, in turn, donated it to the Smithsonian Museum of African-American History and Culture and the Getty Research Institute to secure its legacy.

“When you look at Ebony, you look at the history not just for Black people, but of the United States,” the East Chicago-born Bridgeman told the Chicago Tribune. “I think it’s something that a generation is missing, and we want to bring that back as much as we can.”

Previously, he had tried to purchase Sports Illustrated, which ultimately was bought by Authentic Brands Group for $110 million.

Bridgeman, who played in the NBA in the 1970s and early '80s, also owns Heartland Coca-Cola Bottling Co. Earlier, he made a fortune in fast-food franchises, at one point owning 160 Wendy's and 120 Chili's.

Sale approval by a federal bankruptcy judge is expected early next week.