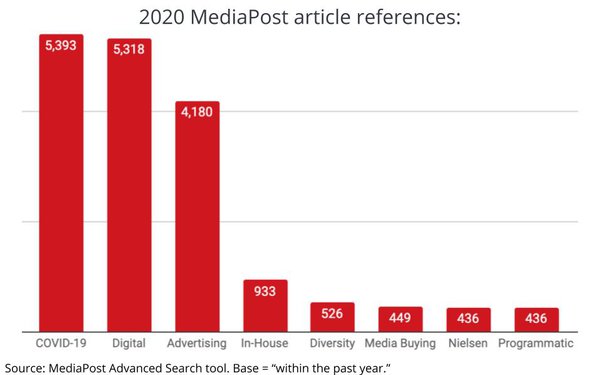 In terms of MediaPost coverage, "COVID-19" was the word-of-the-year during 2020. With 5,393 article references during the past year, it ranked higher than the next most cited word we published -- "digital" (5,318) -- based on an arbitrary analysis of discrete, relevant terms using our advanced internal search engine.

While news publishers routinely publish year-end rankings of their "most-read" articles of the year -- which we also do elsewhere this week -- we conducted this keyword/term analysis to understand what pushed out to our readers most this past year.

While the taxonomy is arbitrary, the keywords selected are reasonably representative of the industry's mindset during 2020.

Looking at keywords more representative of the industry's ethos during 2020, the term "meaningful" was among the most referenced, and outranks other indicative terms routinely used to convey industry sentiment around key issues, including "trust," "purpose," "transparency," "fraud," "ethics," and "empathy." 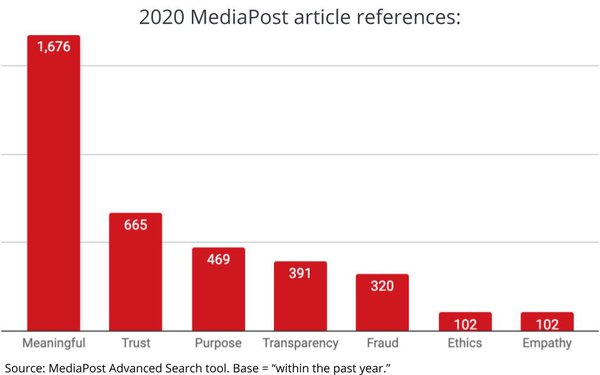 And since the Association of National Advertisers recently named "pivot" its "Marketing Word of the Year" for 2020, we also indexed that word, its three runners-up ("virtual," "resiliency" and "agility"), as well as its 2019 word-of-the-year, "personalization," to see how they ranked.

The finding -- that "personalization" was by far the most referenced on MediaPost during 2020 -- may reveal how influential the ANA's annual word is for the year ahead. If so, watch for "pivot" to surge during 2021. 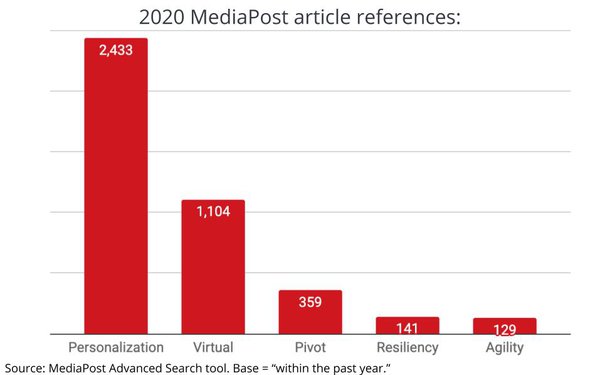