Twitter To @realDonaldTrump: How About Never -- Is Never Good For You? 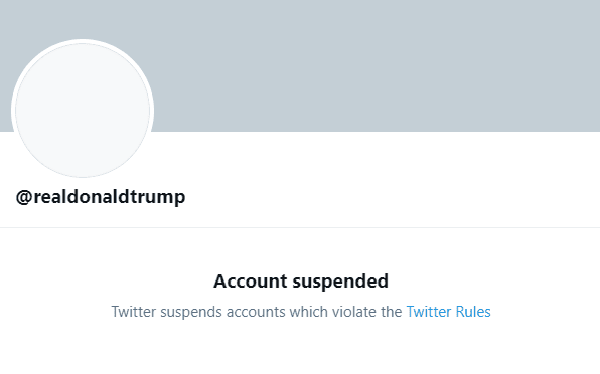 "After close review of recent tweets from the @realDonaldTrump account and the context around them — specifically how they are being received and interpreted on and off Twitter — we have permanently suspended the account due to the risk of further incitement of violence," the microblogging company said in a statement.

"In the context of horrific events this week, we made it clear on Wednesday that additional violations of the Twitter Rules would potentially result in this very course of action. Our public interest framework exists to enable the public to hear from elected officials and world leaders directly. It is built on a principle that the people have a right to hold power to account in the open," it added.

While Twitter has previously said it would not ban "world leaders," even though @realDonaldTrump routinely tweeted things that many believe incited violence, and were deemed stochastic terrorism, it said this week's events, including the violent insurgent attack on The Capitol, was the breaking point.

It published a "comprehensive analysis" of its policy enforcement rationale here.

Twitter did not state whether the soon-to-be-former President would be able to create a new account under another handle, but earlier this week betting sites were already giving odds on what his new Twitter handle might be.

Here are the odds on a few of them, courtesy of SportsBetting.ag: 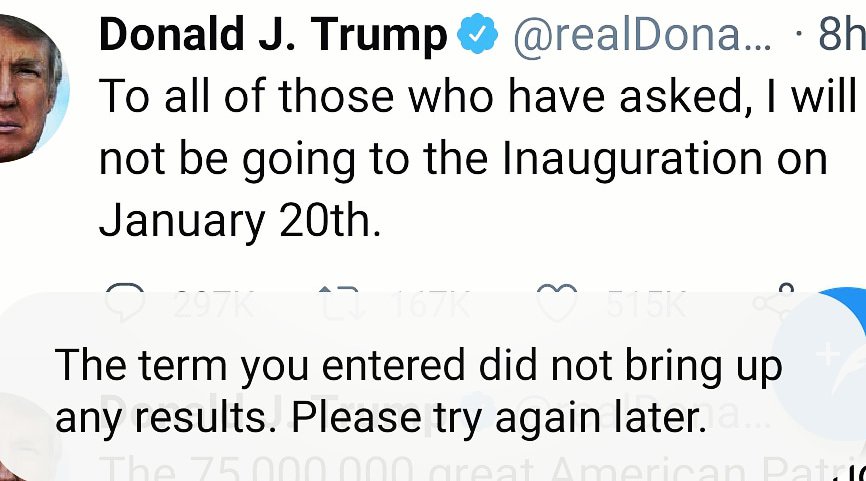 3 comments about "Twitter To @realDonaldTrump: How About Never -- Is Never Good For You?".
Check to receive email when comments are posted.
Read more comments >
Next story loading