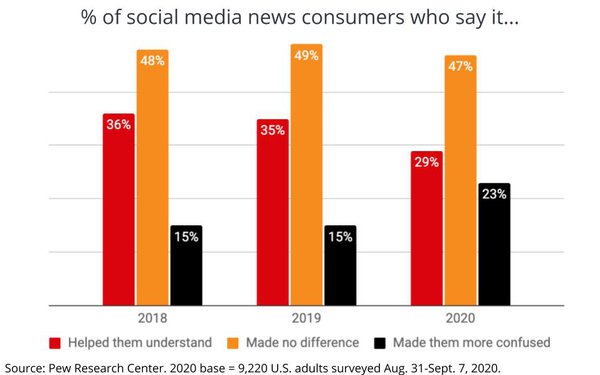 Slightly more than half (53%) of Americans get their news from social media at least some of the time, but an increasing percentage of them feel it is making them more confused about current events. That's the finding of a new report from the Pew Research Center, which has been tracking Americans' use of social media for news for several years.

While the report does not delve explicitly into the use of social media to convey disinformation and "fake news," it suggests that social media is becoming a less reliable source of news for many Americans.

The report does not track some more extremist sources of news dissemination, such as 4Chan, 8Chan, Parler, Gab, etc., but the implication is there is a long tail of social media used for distributing and accessing news. 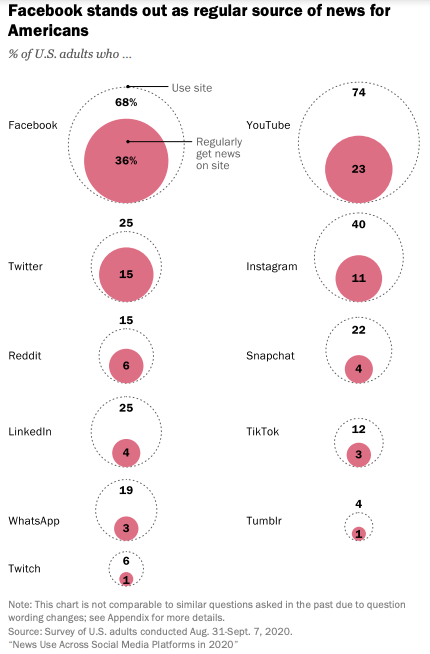