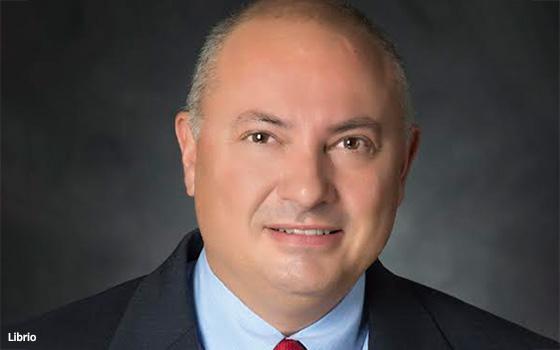 Texas Monthly has tapped Frank Librio as vice president of its custom-publishing unit.

He is charged with increasing sales for the division, which includes an array of client services — from magazines to apps, podcasts to books.

Previously, Librio was Chief Marketing Officer of Visit Dallas, charged with leading marketing and sales teams for three decades to build the brand

The magazine partnered with Librio a few years ago for the annual EDGE: The Texas Monthly Festival, said Scott Brown, the media company’s president. "In 2019, we extended our partnership to include the creation of the showstopping VisitDallas The Magazine.”

During his tenure at VisitDallas, Librio’s leisure-travel campaign claims to have generated over $141 million in visitor spending. Prior to VisitDallas, Librio was the director of communications for the City of Dallas. He also served as the chief of staff for Mayor Laura Miller.

Prior to his time in the travel-political sector, he was an executive producer at various TV stations in Dallas and Boston.

Texas Monthly Custom Publishing has been a division of Texas Monthly since 1991. It produces and distributes various media services to its partners, including corporate reports and digital campaigns, in addition to editorial options. Past clients include The Office of the Texas Governor, H-E-B, Boot Ranch Home Development in Fredericksburg, Texas, Texas Parks and Wildlife Department, Visit San Antonio, Visit Houston and Travel Texas.

Texas Monthly, which won 14 National Magazine Awards, has covered life in the Lone Star State since 1973. Its website launched in 1995. The pub reports a paid circulation of 270,000 and is read by more than 2.5 million people each month.

Separately, Bonnie Fuller, president and Editor-in-Chief of Hollywood Life, will buy out Penske Media Corp.'s share and assume full ownership of the brand on Jan. 31. Fuller, credited with putting celebrity news at the forefront of popular magazines, first teamed with PMC in 2009, when Hollywood.com launched. She relaunched Us Weekly in 2002 and was responsible for the American version of Marie Claire.