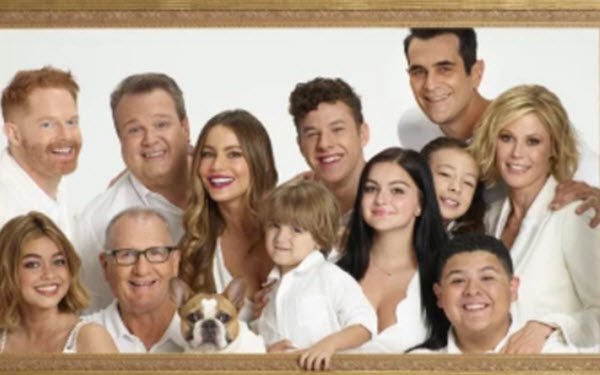 All 11 seasons (250 episodes) of the Disney-owned series, which wrapped up in April 2020, will begin streaming on both platforms as of February 3.

This will be the first time the entire series is available on a subscription U.S. video-on-demand platform.

During its ABC broadcast run, new episodes were available on Hulu on a next-day basis.

The new deal, while unusual, builds on existing agreements between the two companies.

NBCU’s USA Network and E! cable networks have been airing “Modern Family” for years now, through a syndication deal that valued the hit sitcom at $1.5 million per episode, according to The Hollywood Reporter. Both networks will continue to run repeats of the series, and will now promote the availability of all of its episodes on the fledgling Peacock streamer.

Both Peacock and Hulu also offer back episodes of NBCU’s “30 Rock.”

Through the new multi-year “Modern Family” deal, Peacock — which is already becoming a comedy hub through its pricey exclusive on “The Office,” as well by offering the libraries of “30 Rock,” “Parks and Recreation” and “Saturday Night Live” —  has landed “one of broadcast's last hit shows with a sizable library at a fraction of the cost it would have paid for exclusive streaming rights,” notes THR.

Disney, for its part, gets added exposure for “Modern Family” on Hulu through the Peacock service.

The series should help drive ad revenue for Peacock’s free tier. But NBCU also hopes to drive subscribers to its paid tiers (the limited-ads $4.99-per-month premium tier and no-ads $9.99 Premium+ tier) by offering just a dozen episodes of “Modern Family” on the free tier, thereby whetting viewers’ appetites for more. That strategy has also been used for “The Office.”

Peacock will run just 60 seconds of ads per “Modern Family” episode on the Premium tier, instead of its usual maximum of five minutes, Matt Strauss, chairman of NBCUniversal’s direct-to-consumer business, told Bloomberg News.

The Peacock app will have a dedicated area featuring curated episodes and bonus content from the series.