'Bridgerton' Is Netflix's Most-Watched Series Ever 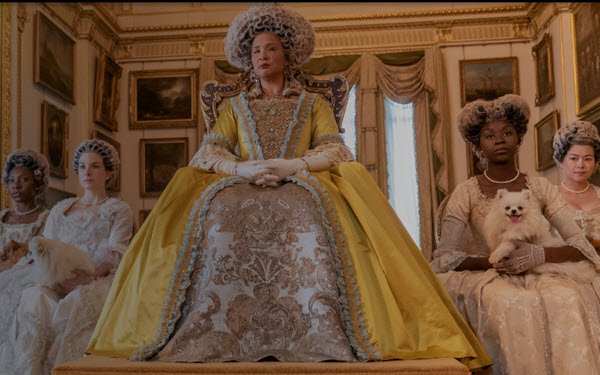 Netflix has announced that “Bridgerton,” the Regency-era romantic drama from producer Shonda Rhimes, has become its most-watched original series to date.

The streaming service reported that 82 million households worldwide streamed at least two minutes of one of the series’ episodes in the first 28 days after the first eight episodes were posted.

The show has also made the top 10 in every country except Japan, hitting number one in 83 countries, including the U.S., U.K., Brazil, France and South Africa, Netflix VP, Original Series Jinny Howe wrote in Netflix’s blog.

The series’ success propelled the books onto The New York Times bestseller lists for the first time, 18 years after they were first published, she added.

Howe attributed the series’ popularity in part to the diversity and themes of female empowerment that mark Rhimes’s productions.

“‘Bridgerton’ took a seed of truth about Queen Charlotte’s background to reimagine her as a Black monarch using her power to affect broader change in British society. The empowerment of people of color and women made ‘Bridgerton’ feel accessible and contemporary, resonating with audiences all around the world. Like ‘The Queen’s Gambit’ and ‘Emily in Paris’ — two other hugely popular Netflix series — ‘Bridgerton’ draws upon themes that are universal yet speak directly to women because they feature independent-minded female protagonists in lead roles.”

The previous most-watched Netflix original series, “The Witcher,” drew 76 million views of at least two minutes during its first four weeks on the service in December 2019.

However, as Deadline notes, recent series have benefitted from the pandemic-driven surge in Netflix’s subscriber growth.

Five of Netflix’s six biggest series to date have launched since the start of the pandemic in March.

“Bridgerton” drew views from 41% of a potential Netflix global audience of 200 million. In comparison, “The Witcher” drew 46% of the platform’s 167 million subscribers when it debuted a year ago.

Similarly, the third season of ‘Stranger Things’ in July 2019 drew 64 million views in its first 28 days, or 40.5% of the platform’s subscribers at the time.

Nielsen data show “Bridgerton” ranking third in overall minutes steamed for the week of Dec. 21 to 27, with 1.2 billion-plus viewing minutes.