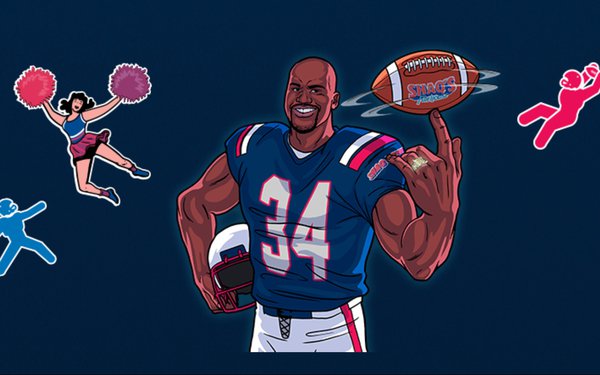 Mercari, the online marketplace for used items, is already on the radar of circular-economy enthusiasts looking to unload old blenders and power drills. Now, with its first Super Bowl spot and sponsorship of “The Shaq Bowl” kickoff event, it says it’s ready to meet mainstream America.

“Throughout the pandemic, more and more people have been letting go of things they don’t need,” says brand marketing director Walter Hangad. “We moved into the year with a new marketing effort meant to broaden awareness of what we do, and the Super Bowl is going to help us reach a very diverse audience.”

The commercial, which he tells Marketing Daily will air in the second quarter, is a version of the “Goodbye, Hello” ad campaign launched at the start of the year. Each spot focuses on the way one person’s unneeded item finds its way to someone else. In the Super Bowl version, the action focuses on a popcorn maker, all set to upbeat versions of the Beatles’ classic.

With awareness of the resale economy booming during the pandemic, Hangad says the new campaign focuses not just on the happiness of decluttering but also the thrill of scoring a hard-to-get item. “My son loves Ninjago, and recently I was able to find him an item that isn’t being sold any longer,” he tells Marketing Daily. “Finding those little treasures is such a happy surprise. It’s what people love about shopping this way.”

In “Mercari Presents the Shaq Bowl,” fans will get a chance to see basketball legend Shaquille O'Neal, broadcasting live from Tampa. Hosted by NFL hall-of-famer Terrell Owens, pro-bowler Chad "Ochocinco" Johnson and sportscaster Sarah Walsh, it will also feature musicians, including Migos and DJ Diesel. The show is also scheduled to include Pepsi’s presentation of Restaurant Battles, with four Tampa restaurants competing for a $10,000 grant.

Guests will be divided into Team Tampa and Team Kansas City, competing in challenges like celebrity dodgeball and hot wing contests.

Mercari says the mix of guests makes it a good match for the company based in Japan that has its U.S. headquarters in Palo Alto, California. “This idea of passing something on to the next generation of athletes and musicians is a nice fit,” Hangad says. “It’s what we try to do as a company.”