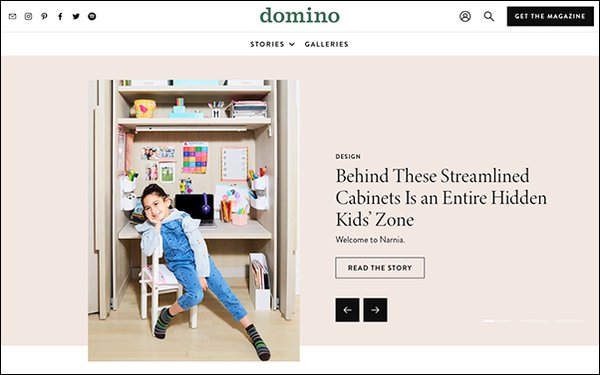 Domino will become part of Acton Media Inc., a North Equity portfolio company that is home to Saveur and BobVila.com.

Nearly all of Domino’s staff will remain with the brand or work across the Acton portfolio, the company says. Editor-in-chief Jessica Romm Perez will also remain on, according to the New York Post.

In addition to the quarterly print magazine, the Domino brand includes a digital presence, consisting of a website, an email newsletter and podcasts. But the future of the print edition is being reviewed, according to the Post.

The site features such articles as “How 6 Designers Would Decorate the Biden Harris White House,” and “We Found Chrissy Teigen’s $5K Counter Stools For $400, Plus More Celebrity Kitchen Dupes.”

“With the addition of Tracy and her team, our portfolio is poised for exponential growth thanks to its tremendous foothold in the home and DIY landscape,” states John Coyne, general manager of Acton Media.