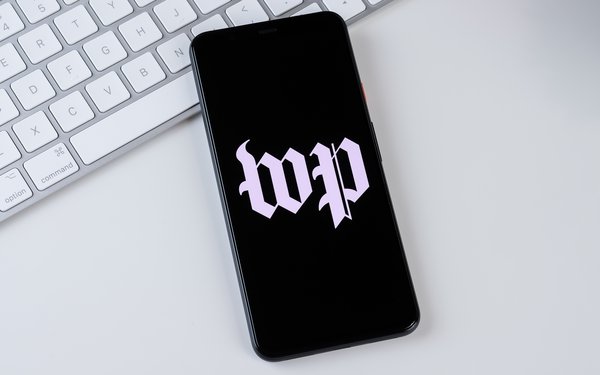 The Washington Post this week announced plans to increase the size of its editorial team covering the tech industry by more than 40%, reflecting similar growth in its technology readership last year. Technology journalism is a crowded field, but there is a need for coverage that can explain the industry to a general audience.

The newspaper will hire eight reporters, editors and video journalists to expand its team to 27. The expansion comes more than two years after WaPo opened a bureau in San Francisco and added 11 staffers to help cover the technology industry.

In announcing its plan to hire more journalists, the newspaper cited Washington's greater focus on regulating the industry. More than 20 years after a federal judge determined that Microsoft was a monopolist because of its dominance in software that runs personal computers, antitrust investigators have shifted focus to Amazon, Apple, Facebook and Google.
For much of their history, these companies have been beloved by consumers and been a source of national pride in driving innovation. However, a darker side to the companies also emerged; they stand accused of hampering innovation.
This year's de-platforming of Parler, a little-known right-wing conspiracy social-media app that gained recognition as political conservatives grew frustrated with what they considered Twitter censorship, was unremarkable in the longer-term history of U.S. technology industry. It just was more brazen than other tactics like "fear, uncertainty and doubt" propaganda -- better known as "FUD."
FUD campaigns to undercut rivals used to be associated with IBM, and later Microsoft in the 1990s. During antitrust investigations of Microsoft, rivals accused the company of announcing "vaporware," or software that it allegedly had no intention of ever developing. But fears of challenging Microsoft were enough to undercut startups that couldn't hope to compete with the software giant.
In adding coverage of the antitrust investigations of Amazon, Apple, Facebook and Google, WaPo's reporters will find plenty of stories in the debates over reforming Section 230 of the Communications Decency Act. The measure gives internet companies broad protections against liability for the content that people post online.
The law hadn't pondered the growth of social-media companies such as Facebook and Twitter, or video-sharing platforms like Google's YouTube. Their editorial control has extended beyond the removal of objectionable content — child porn, terrorist propaganda, hate speech and "sock puppets" from hostile foreign governments.
Twitter censored the New York Post for publishing an embarrassing story about Hunter Biden, the president's son, in the weeks before the election. Twitter later apologized for the action, and refined its content moderation policy, but messaged that a private company, unlike the government, does not have to honor the First Amendment.
I look forward to seeing more of these issues covered by WaPo, especially considering that many news organizations cope with the irreversible loss of digital advertising revenue to tech companies.