What Are The Ethical Implications Of Technology? 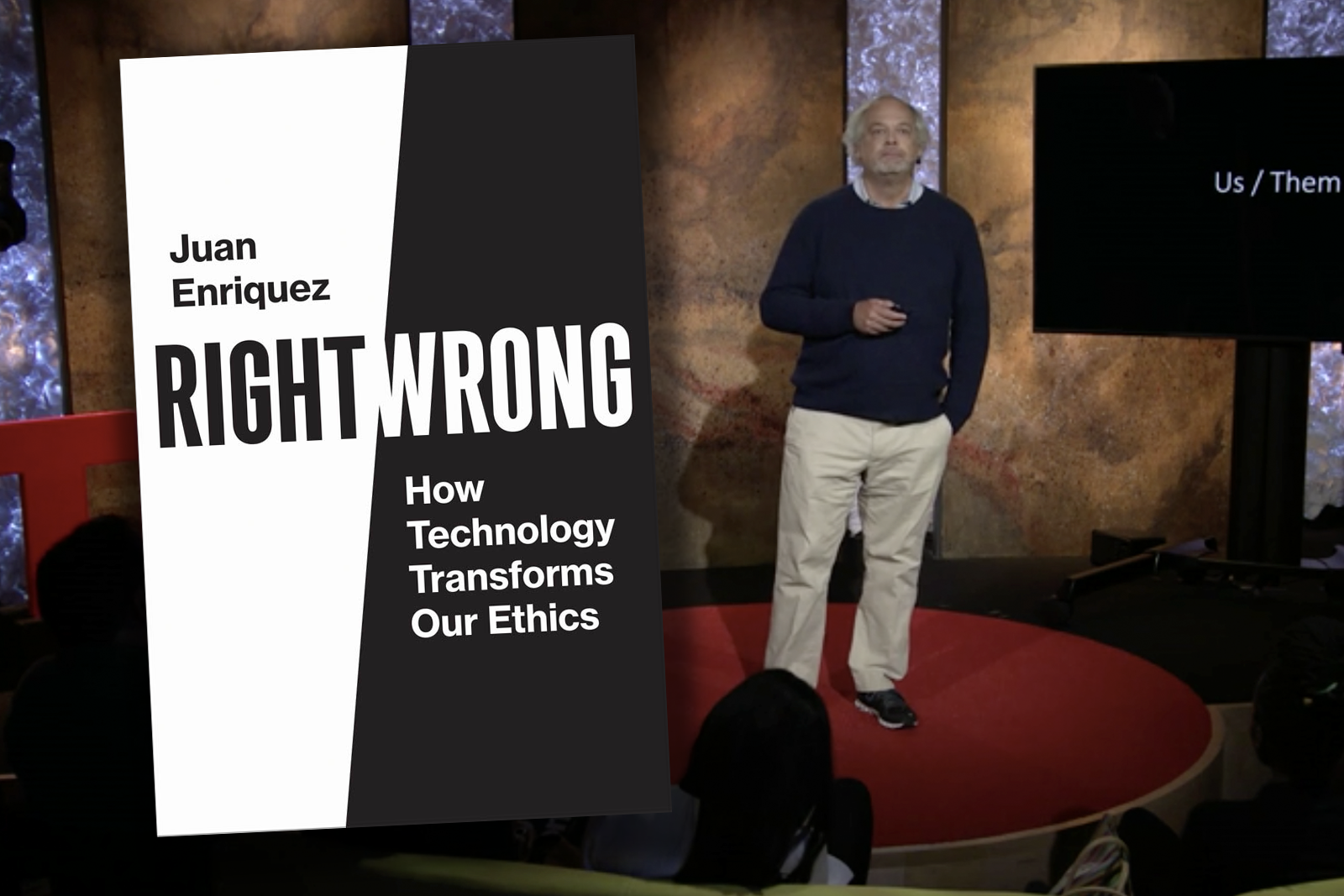 Juan Enriquez is a genius. That’s not a word I throw around lightly. He’s a rare combination of extraordinary thinker and a human being with almost endless compassion and empathy.

Depending on how you meet him, you wouldn’t know that. Sometimes he’s so smart, it’s a bit daunting. Other times, he tells personal stories that are so emotional it's breathtaking.

I’ve known Enriquez a long time and have been in the front row for many of the TED Talks he’s given.

Way back in 2009 he asked, “Will our kids be a different species?” It wasn’t meant to be a rhetorical question, even back then.He asked if we could be mid-upgrade now, and if technology is revealing evidence that suggests rapid evolution may be underway.

This year, he gave a talk that was emotional and personal, sharing stories from inside the immigration crisis at the U.S.-Mexico border, saying "This isn't about kids and borders, It's about us. This is about who we are, who we the people are, as a nation, and as individuals.”

Enriquez understands this far more than most of us. He was born in Mexico, his father a high-level civil servant, and his mother a member of a prominent Boston family.

He became director of Mexico's Urban Development Corporation "I never thought I'd ever do anything but help run Mexico," he says now. He graduated from Harvard, and ended up working with biotechnologist Craig Venter, helping to synthesize the human genome. So, yeah -- he’s a polymath by any definition. And when he sees what’s happening on the U.S./Mexican border… his personal pain is palpable. As he makes clear here.

Which brings me to his latest book, "Right/Wrong: How Technology Transforms Our Ethics.” If you don’t see the connection between ethics and tech, then you need to get inside his brain and explore. Enriquez notes that we like to think we know right from wrong and speak passionately about those opinions, but we often forget such ethics have evolved over time. He argues that one of the biggest drivers of ethical upheaval and change is technology. And he uses explanations that, once presented, are hard to ignore.

In one example in the book, Enriquez takes readers on a trip to back in time, to talk to our great-grandparents when they were in their 20s.  He imagines their shock when they hear about sex and technology issues today, from birth control to IVF. In their eyes, surrogacy would be witchcraft.

Enriquez says our grandkids will likely be shocked when they hear about the state of pregnancy, childbirth, and unedited genes today.

And then, he catches us by surprise, talking about new research into creating an artificial womb. While he notes that an artificial womb will dramatically improve the survivability of premature babies, it will also open a complicated new debate about abortion and the date at which a fetus is survivable, leading to legal issues.

Technology drives change faster and faster, and we shouldn't assume what is acceptable today will be acceptable tomorrow, he says.

"Right/Wrong" is gripping because Enriquez is both a scientist and a storyteller. Don’t expect to get answers to today's thorny questions -- he didn’t set out to make the future that simple. Instead, he wants readers to understand that technology will fundamentally alter what we believe is ethical today.

Tech is powerful. Tech is dangerous. Tech provides us with new opportunities to shape our bodies, our society, our world. But if we don’t consider its impact, and outcomes, we’re likely to find ourselves victims of the ethical impact of new technology that is possible, but perhaps not advisable.