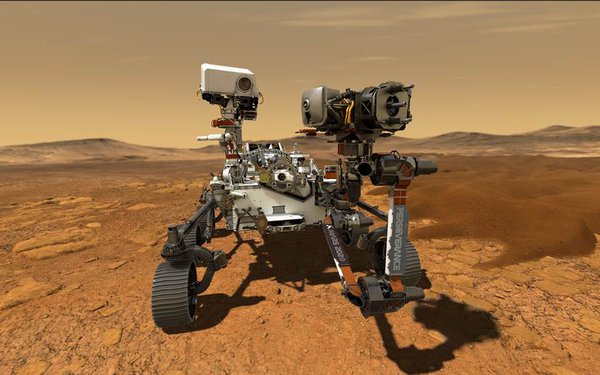 National Geographic, combining traditional publishing with an immersive online experience, has teamed up with NASA to allow readers to view the Martian panorama from NASA’s Perseverance rover.

The Perseverance landed on Feb. 17 and is already sending back images of the barren landscape.

The arrangement lets Instagram users observe the landscape as Perseverance searches for ancient signs of life on the red planet, via @natgeo Instagram.

The Mars AR activation provides an 360 degree look at the panorama and allows viewers to take a selfie with the rover.

In another multichannel effort, National Geographic is providing rover content through a pinned Mars Perseverance Mission Twitter thread. Plus, the magazine’s March issue explores humans’ fascination with Mars by including an immersive experience at the National Geographic space hub, natgeo.com/space.

This is National Geographic’s fourth Spark AR project — the others have included Spinosau rus, Climb Everest and the World in 2070.

The Climb Everest experience is tied to  “the Rolex Perpetual Planet Everest Expedition that climbed the mountain last year to install the highest weather stations in the world,” the magazine states on its site.

Tied to climate change, "The World In 2070" allows users to get a sense of how 12 key cities around the globe will feel like in 50  years.
augmented reality, magazines
Next story loading