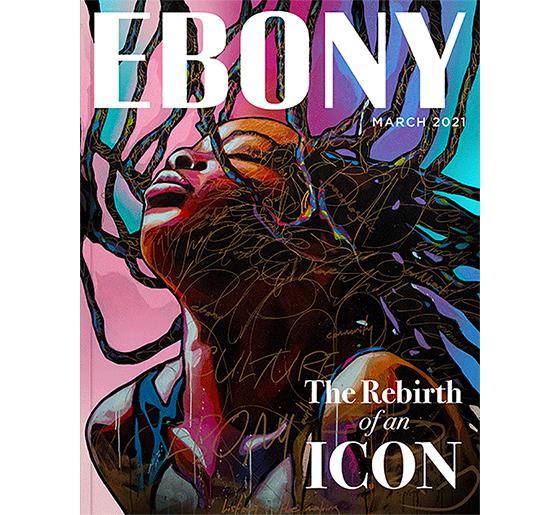 Ebony, a magazine serving Black readers since 1945, is back. The iconic brand was relaunched on Monday, along with sister Jet, in digital form only.

Readers can visit the Ebony website, which now features the headline “The Rebirth of an ICON. Happy Women’s History Month,” And they can subscribe to an email newsletter.

Ebony and Jet were purchased out of bankruptcy last December by Bridgeman Sports and Media, a firm owned by retired NBA star Ulysses “Junior” Bridgeman. The price: $14 million, according to the Chicago Tribune.

Ghee wants Ebony and Jet to provide “a home for black storytellers, an honest reflection of the totality of black lives,” she says in a video featured on the site. “I want Ebony and Jet to be a place where we can find healing an truth.”

For her part, Bridgeman Sklenara hopes the two brands will provide “a place where we can have the hard conversations. The honest conversations,” she says in an interview published on the site.

Bridgeman Sklenara plans to show the daughter she is expecting in June the “iconic covers — like Dorothy Dandridge or Martin Luther King Jr. — that have been a lens into Black America for 75 years, and those we are imagining for the future.”
african american, digital, magazines
Next story loading