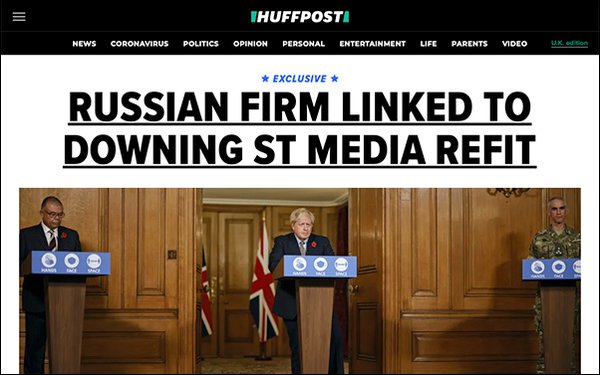 The staff cuts being imposed on HuffPost by new owner BuzzFeed have reportedly spread overseas.

An email went out to 16 of the 29 journalists in HuffPost’s London office saying they are at risk of losing their jobs, according to a report in The Guardian.

Among those in jeopardy are Editor In Chief Jess Brammar, one person on maternity leave and 11 women overall. There is confusion over who will report to whom.

Four jobs in total are now available to this group.

One at-risk staffer says: “I actually thought they would recognize that our news stuff is our strongest brand here. Our news coverage gets viewed most,” according to the report.

BuzzFeed regretted a password for an international meeting on wider cost-cutting: “sprigish3r3” or “spring is here,” The Guardian adds. But it said it would moving forward with “a smaller team, while exploring new commercial partnerships in the market, “the newspaper noted.

Last week, BuzzFeed laid off 47 HuffPost workers, three weeks after acquiring the site from Verizon Media, according to a report on HuffPost.

The cuts, which affect eight managers, follow a $20 million loss for HuffPost in 2020.

BuzzFeed CEO Jonah Peretti told staffers the decision was made to “fast-track the path to profitability. Though BuzzFeed is a profitable company, we don’t have the resources to support another two years of [HuffPost] losses,” Peretti said.

HuffPost Canada is due to be closed later this month.