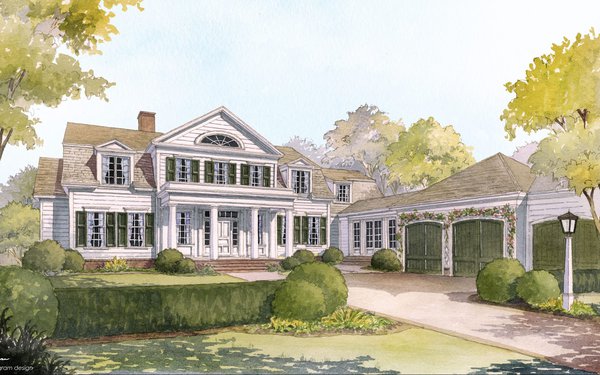 Southern Living’s 2021 Idea House opens in Louisville, Kentucky, this summer and will be featured in the October issue of the magazine. The 2021 Idea House will have river views and utilize 5,000 square feet.

The house is located in The Breakers at Prospect, a new 50-acre community.

Viewers can see it via a video home tour experience in September, as well as in-person tours, in addition to a half-hour TV special. The show will be promoted across Meredith’s TV and digital channels.

The Idea House, which has been ongoing for 30 years, has a yearly theme. Last year’s home, announced before the pandemic, was a traditional mountain retreat, a nostalgic reinterpretation of a local cottage. The 2021 model focuses on the “forever home,” one designed to accommodate all stages of life and address the evolving needs of families.

Sid Evans, Editor in Chief of Southern Living, stated: "Home has always been important, but in the last year it has taken on a new meaning.” He adds this year’s home had to be “flexible, with multi-purpose spaces to work (and school) from home, as well as room to accommodate family, friends or aging parents. But it also had to be beautiful and welcoming …”

Tickets will be available to take in-person tours this summer, with safety protocols in place. A portion of the proceeds will go to local charities, including the LEE Initiative and Gilda’s Club Kentuckiana, a cancer-support community.

Ad revenue for Southern Living’s December 2020 issue was up 51%, compared to the previous year, due to an increase in the volume and pricing of ads sold. The site also earned 19 million visitors in November 2020, up 23% YOY.

The magazine introduced a refreshed design, with enhanced paper stock, in January 2021 for the January/February issue. A Meredith publication, Southern Living is headquartered in Birmingham, Alabama.