Survey Finds 46% Awareness Of Paramount+, 65% Say There Are Too Many Streaming Services 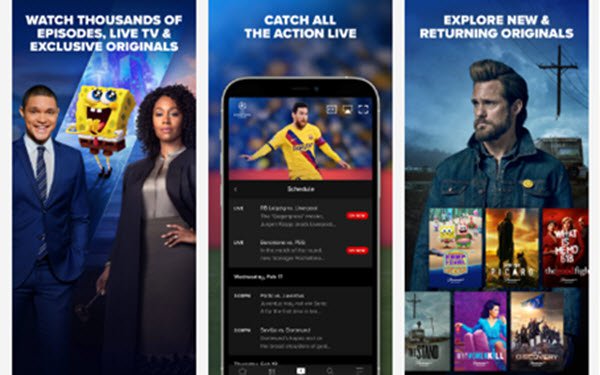 In a recent Cordcutting.com online survey of 500 U.S. adults selected and weighted to reflect national demographics, 46%, or fewer than half, were aware that Paramount+ — which debuted in North America and 18 Latin American countries on March 4 — has replaced CBS All Access.

Asked if they planned to subscribe to Paramount+, 45.6% said they weren’t sure, followed by 41% saying they would not subscribe.

Respondents were also more likely to say that they subscribe or had subscribed to CBS All Access than to say that they were current customers of Paramount+. Since rolled-over accounts would trigger a “yes” for both, “this suggests that defunct CBS All Access subscriptions outnumber brand-new Paramount+ subscriptions — a statistic that CBS-Paramount will need to reverse fast if it wants to be in a class with the biggest on-demand streaming services,” notes Cordcutting.com Managing Editor Stephen Lovely.

However, while Paramount+’s awareness could be construed as modest — particularly given an epic, six-part “Paramount Mountain” launch campaign that culminated in a 60-second Super Bowl ad — WarnerMedia’s HBO Max had only slightly higher awareness (55%) in a similar survey the site conducted after Max’s launch in May 2020, and 80% were confused about the differences among HBO, HBO Go, HBO Now, and HBO Max.

Further, the Paramount+ survey results do indicate that more than one in 10 respondents think they’ll sign up soon — “a figure that would be more than enough for Paramount+ to bring in tens of millions of new subscribers.”

But the HBO brand already had a much larger base of streamers and fans to build on, and more than half of all HBO users in the survey indicated that they had been rolled over to HBO Max.

HBO and HBO Max had combined subscribers of about 41 million when Max launched, and Max has now reached 61 million users worldwide, including 38 million in the U.S., according to WarnerMedia.

At minimum, Paramount+’s launch numbers included an estimated 8 million to 9 million existing CBS All Access subscribers who were rolled over to the new platform — not a large number by SVOD standards. (Disney+ — admittedly an outlier — reported 10 million on its first day 16 months ago, and recently said it had exceeded 100 million.)

Paramount+’s challenge “will be to conquer HBO Max-like brand and recognition issues while building on a smaller starting number of rolled-over subscriptions,” sums up Lovely.

“Our results suggest that Paramount+ will get a boost, but expecting Disney+ levels of success would be a stretch,” he adds. “Instead, Paramount+ should hope for a slow burn and a steady build of the type that has made HBO Max a strong contender in the streaming wars.”

Asked what price point would make them subscribe to Paramount+, 30% of those had indicated no plans to subscribe to the service said they would be willing to pay the current lowest price, but only without commercials.

Currently, in addition to a no-ads version for $9.99 per month, Paramount+ is available in a “limited” commercials version priced at $5.99. But as of June, for new subscribers, that will be replaced by a different limited-ads version (with live sports but without local news channels) priced at $4.99.

That puts Paramount+ at the mid to low end of streaming services’ price range, and in another competitive differentiator, until March 31, new subscribers get a full month’s free trial. (Although it appears that the free trial period will be reduced to seven days thereafter, Netflix and most other services have over the past year eliminated such trials.)

Nearly two thirds (63%) of the respondents who indicated plans to subscribe to Paramount+ also said they would cancel another service when they did so.

Those results aren’t surprising, given that more respondents are likely to cite one of the largest services simply by dint of the fact that more of them are currently subscribers to those services. In fact, among this survey’s respondents, 65% report having Netflix, 56% Amazon Prime Video, 44% Hulu and 36% Disney+ —percentages roughly consistent with the known sizes of major streaming service subscriber bases.

While the upside is that 37% of would-be Paramount+ subscribers  said they’d also keep their current services, Netflix and others do have to be concerned not only about losing current subscribers, but having their new subscriber prospect pools narrowed by the growing number of new services in the market.

And ViacomCBS and others jumping in now will have to hope “that there’s plenty of room left for growth” in the market, notes Lovely.