What Publishers Can Learn From NYT Cooking's Departure From Facebook 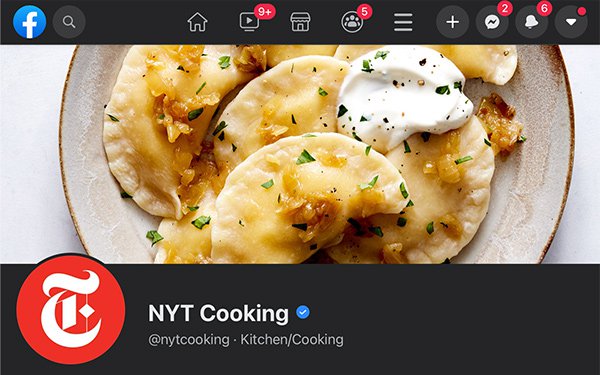 Amid the current debate over whether Facebook helps or harms publishers, the decision by The New York Times to abandon its cooking-discussion group on the social network is noteworthy. Perhaps it isn't worthwhile for publishers to devote too much time and money to moderating discussions on a platform they can't monetize.

The newspaper's NYT Cooking brand announced to its Facebook group on March 16 that it was looking for 10 to 20 volunteers to handle those moderation duties. The editors posted a link to a Google formfor people who were interested in applying for a chance to lord over the 77,000-member forum.

“We'll be reaching out to those interested within the coming weeks," according to the post. "Then we will be stepping back as administrators of the group, removing its official affiliation with The New York Times, changing the name and handing it over to members to make it about all things cooking and food.”
The announcement led to humorous speculation among group members about why the paper would walk away from a community that had grown tenfold in the past two years since its launch, according to a report by Harvard's Nieman Lab.
The comments included: “I blame people who fight over brands of mayonnaise” and "It’s gone downhill with people posting Cooking 101 questions and slop from instant pots.”
Others speculated the group had become too infected with arguments about non-food topics and political discussions, despite a group rule saying there “are many places to express your political views; this is not one of them.” Moderators would delete posts that supported presidential candidates, leading some people to post food pictures that included messages about voting. When Nieman Lab asked for comment about its decision to leave its Facebook group, the paper referred to its post about the plans.
Facebook perfected the art of monetizing conflict and outrage that spur engagement, but that doesn't necessarily translate into revenue for publishers like The New York Times.

The paper would be better off creating its own cooking community site that either helps to drive subscriptions for NYT Cooking, a source of sales growth, or more advertising revenue. Either way, monetizing engagement on its own platform rather than Facebook's should be a priority.