Why NYC Needs An Entrepreneur For Mayor 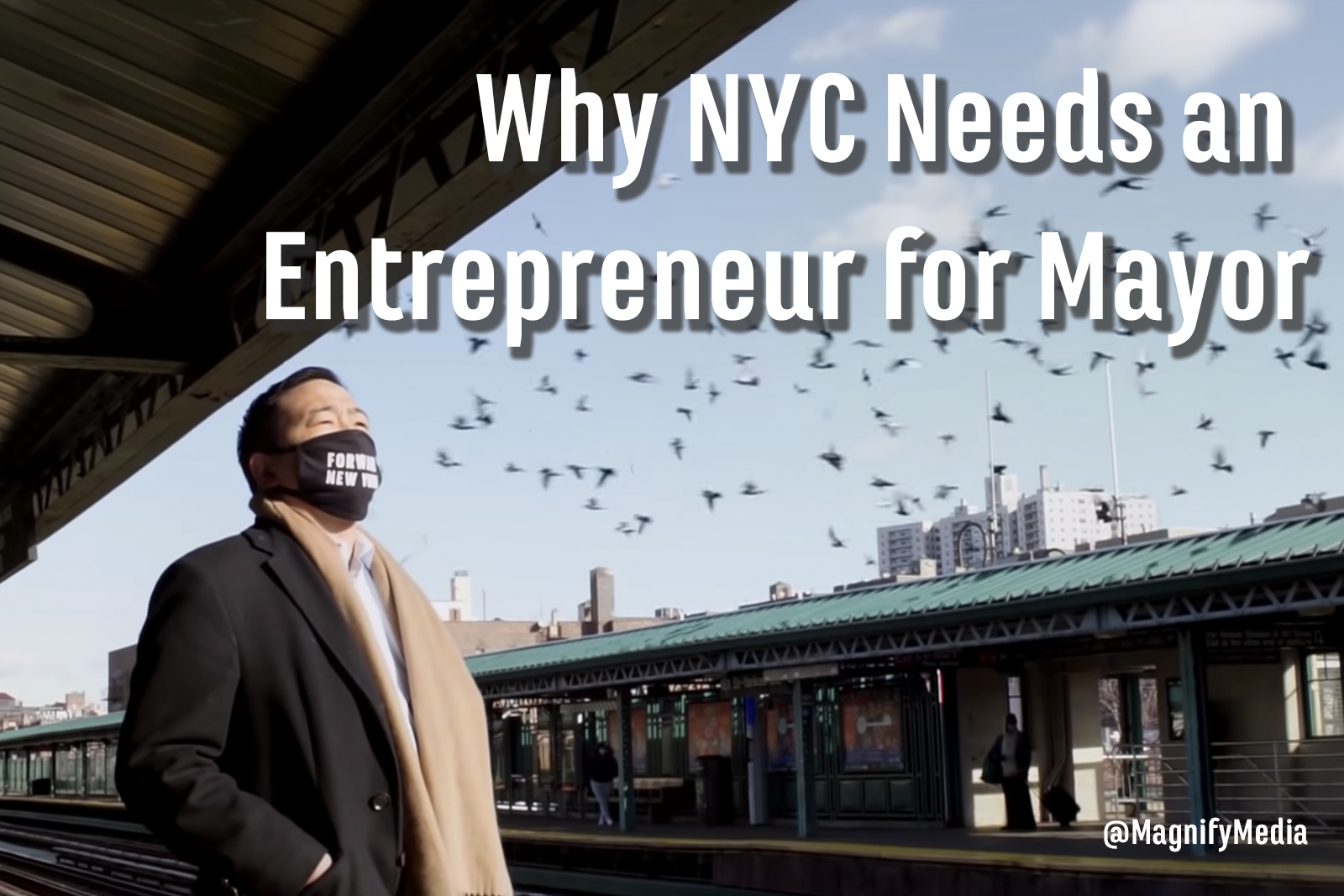 The thing about Andrew Yang is, he's unlike any politician you've ever met. If you spend time with him in small meetings, then out on the street, and exploring the boroughs on his bike or skateboard -- no matter what room or corner, you get the same person.

He's a New Yorker, but not in that Andrew Cuomo hard-nosed bullying kind of way. He's genuine, and he'll tell you why he likes the Mets over the Yankees or Grey's Papaya over Papaya King. And, perhaps more than any politician I've ever known, he doesn't modulate his comments to suck up to the crowd he's talking to. He is 100% Yang, every time.

Why does this matter? Because in the old world of politics, before Facebook and the iPhone, you could pretty much promise each crowd or special interest group whatever you needed to to get their vote. You could tell the teachers one thing, and the Wall Street guys something entirely different. And under the old rules of politics, you could get away with it.

But Yang is young. And he's digital. And he knows that being forthright is far more important than trying to manipulate his messages in the always-on world of the connected web. So Yang is going to say what's on his mind.

At first, I didn't understand what made him so different. But as you get to know him, what you find is that he has the DNA of a startup entrepreneur. He has big ideas, he's willing to take risks, he isn't afraid of change.

Most importantly, he sees the future fundamentally different. He looks around corners and imagines New York as a very different place -- more inclusive, more equitable, more fair, and with a different economic base. This is important because the future will be different from the past.

When I was named New York's first Entrepreneur at Large for the Bloomberg administration in 2011, New York was thinking about tech and startups and looking wistfully at Silicon Valley.

Bloomberg's enthusiasm for tech was contagious, and one by one we coaxed, charmed, and lured entrepreneurs to build their startups in New York City. And today, we're proud to be side by side with Silicon Valley.

But the pandemic has endangered that standing. New York is expensive, and you pay to be near the art, theater, music, nightlife, and diversity that makes the city spark. It's far from a forgone conclusion that artists and performers will return without economic incentives to make New York livable. Yang knows this, and says so.

New York is in big trouble. With spring in the air, and COVID starting to recede, you can almost think we might be back to normal. But Yang won't put a smiley face on what we have ahead of us. The virus has forced long-time residents to decamp to the Hamptons or Florida, and lots of them aren't coming back. Having empty offices means that you don't have office workers that need to eat lunch, or shop. And tourism spending -- which is down a staggering 72% -- will return, but it will be different.

Perhaps most serious is the fact that the nature of work has changed in the past twelve months. People have tried out working from home, and while there are trade-offs, for lots of people, it's been a lifestyle change that has had some real benefits. So companies will need less floor space, and that will impact commercial real estate, and that will hit New York's tax base hard. Now, the good news is that the Biden $2.9 trillion bailout will give New York City a lifeline, about two years by Yang's numbers. But that's only going to put out the economic forest fire for a moment, as we cover the losses inflicted by the pandemic.

Inside of Yang's policies are some very different ideas that are more than stump-speech rhetoric. He wants to implement a Basic Income for New York City. He wants our economy to be more human-centered. He's focused on the recovery of small businesses. And he wants to support New York's artists and performers, to retain the vibrant creative energy that makes New York the greatest city in the world.

He's thinking about transportation -- and willing to take on some big political opponents to do that. He says, "The city must be able to take municipal control of its own transit network and not rely on the state-run MTA to get it right." And, looking to where the world is going, he's focused on supporting freelance and gig workers, which means fighting for better rights and protections for half a million New Yorkers.

What I like about Andrew Yang best is that he understands that at its core, New York is a city of inventors, innovators and risk-takers. The city's diversity is its most powerful strength -- and as an Asian American, Yang understands deeply and personally just how important it is to support the fabric of the city and fight back passionately against bias crimes.

The pandemic has pressed the fast-forward button on issues that were already going to face New York. But with Andrew Yang and his drive to innovate leading the way, I find myself excited about the next chapter in New York's extraordinary history.