March Madness 2021 Is Most-Streamed Ever, So Far 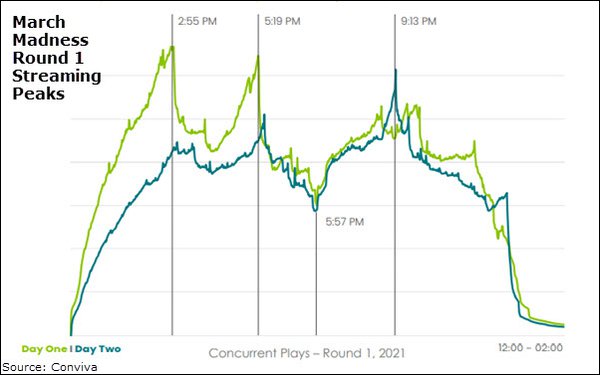 Streaming of this year’s opening round of the NCAA March Madness tournament has set new records, according to Conviva.

More than 1 billion minutes were streamed across 32 games in just two days, the streaming cloud platform reports, based on aggregated data from six streaming publishers and vMVPDs during the March 19 and 20 Madness games.

In line with historical patterns, Day One of 2021’s Round 1 drew greater viewership than Day Two, accruing 5% more time spent (chart at top of page). 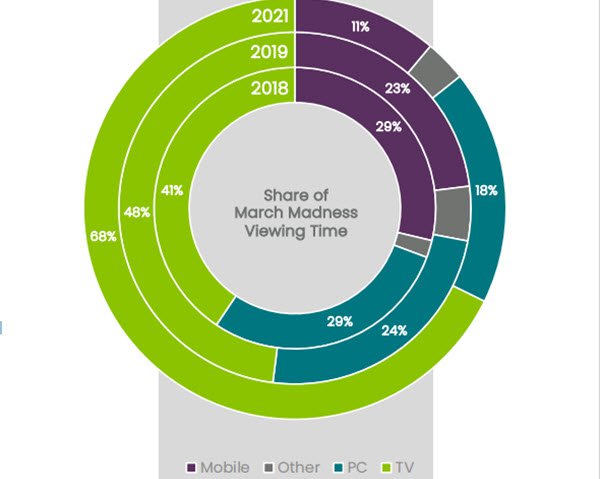 While PCs also lost share, the increase in TV came primarily at the expense of mobile viewing, which lost more than half of the share it commanded during the last March Madness opening round in 2019.

“The pandemic-driven trend of in-home viewing and the overall, multi-year trend of increased streaming via televisions are undeniably significant factors in this shift,” notes the report. 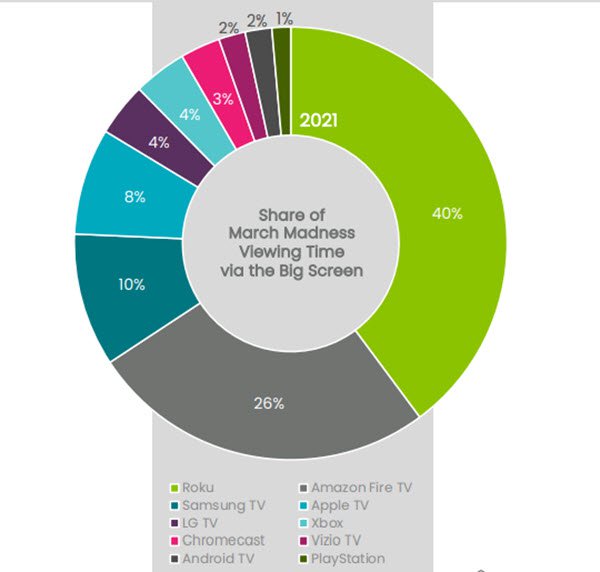 Social media engagement also soared during this year’s first round.

Engagements per social post rose by an average 164% across teams in Round 1 as compared to the regular season.