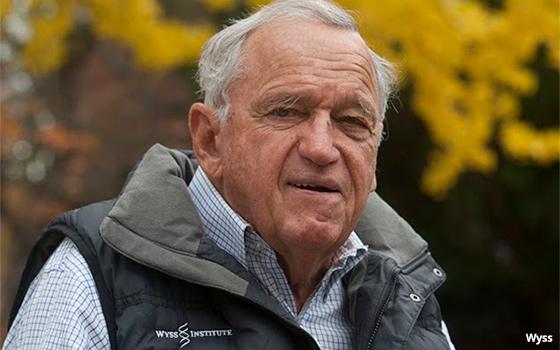 The ongoing saga about the purchase of Tribune Publishing took another twist over the weekend.

Wyss, who resides in the U.S., would put up $100 million, matching Bainum. In addition, Wyss would raise funds for debt financing, according to a New York Times report republished in the Chicago Tribune. Wyss has signed a nonbinding agreement, the Times adds.

Last week, the board of Tribune Publishing signaled its approval of Alden’s Feb 16 offer. However, the board also said Bainum could pursue financing to make a higher bid. The deal would close in July.

Alden already controls 32% of the stock. But that voting block could be largely countered by the 24% owned by Patrick Soon-Shiong and his wife Michele, who own the Los Angeles Times and the San Diego Union-Tribune, which they bought for $500 million from Tribune Publishing.

Regulators would also have to approve the deal.

Baiman’s nonprofit group had signed a nonbinding agreement to purchase one of Tribune Publishing’s newspapers, The Baltimore Sun, for $65 million at the time of the Alden purchase announcement last month. That deal fell through.

Wyss, 85, told The New York Times he wants to own the flagship paper, and that Bainum seeks to control the Baltimore Sun. Nonprofit benefactors would be found for the other dailies, including The Hartford Courant, the Orlando Sentinel, the South Florida Sun Sentinel, the Capital Gazette in Annapolis, Maryland; The Morning Call in Allentown, Pennsylvania; the Daily Press in Newport News, Virginia; and the Virginian-Pilot in Norfolk, Virginia.

These groupsare expected to run the publications with more of a dedication to news than Alden.

“I don’t want to see another newspaper that has a chance to increase the amount of truth being told to the American people going down the drain,” Wyss said, according to the Times.

Wyss continued" “Maybe I’m naive, but the combination of giving enough money to a professional staff to do the right things and putting quite a bit of money into digital will eventually make it a very profitable newspaper.”

In February, a report in the Chicago Tribune described Alden as “a hedge fund with a history of deep cost-cutting at its other newspaper properties. ... The hedge fund has come under fire for sweeping layoffs at its newspapers. The flashpoint was the March 2018 news that the Denver Post, which Alden has controlled since 2010, was going to lay off 30 employees in a newsroom that had already shrunk from 250 to less than 100 staffers.”