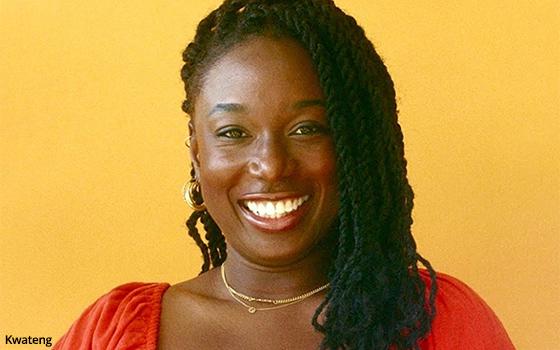 Last month, Alexi McCammond withdrew as editor in chief of the magazine, a job she had yet to start, following an uproar over derogatory tweets about Asians and gays she made as a teenager.

In a letter attached to her tweet, Kwateng outlines the magazine’s goals in serving a diverse audience, and explains why the title had gone dark in social media.

“We at Teen Vogue have read your comments and emails, and we have seen the pain and frustration caused by resurfaced social media posts,” Kwateng writes. “While our staff continued doing the groundbreaking and progressive work we're known for, we stopped posting it on social media as we turned inward and had a lot of tough discussions about who we are and what comes next.”

Kwateng continues: “Although Teen Vogue has been around since 2003, the 2016 election of Donald Trump re-centered our focus on storytelling that explains, interrogates and uplifts those who are often misunderstood and misrepresented.

“Across all of our sections, we’ve reported on topics like Indigenous rights, immigration, Black Lives Matter, sustainability, pop culture, sexuality, and more with a fresh lens that always centers on young people’s perspectives.”