Trust Is In Decline Worldwide 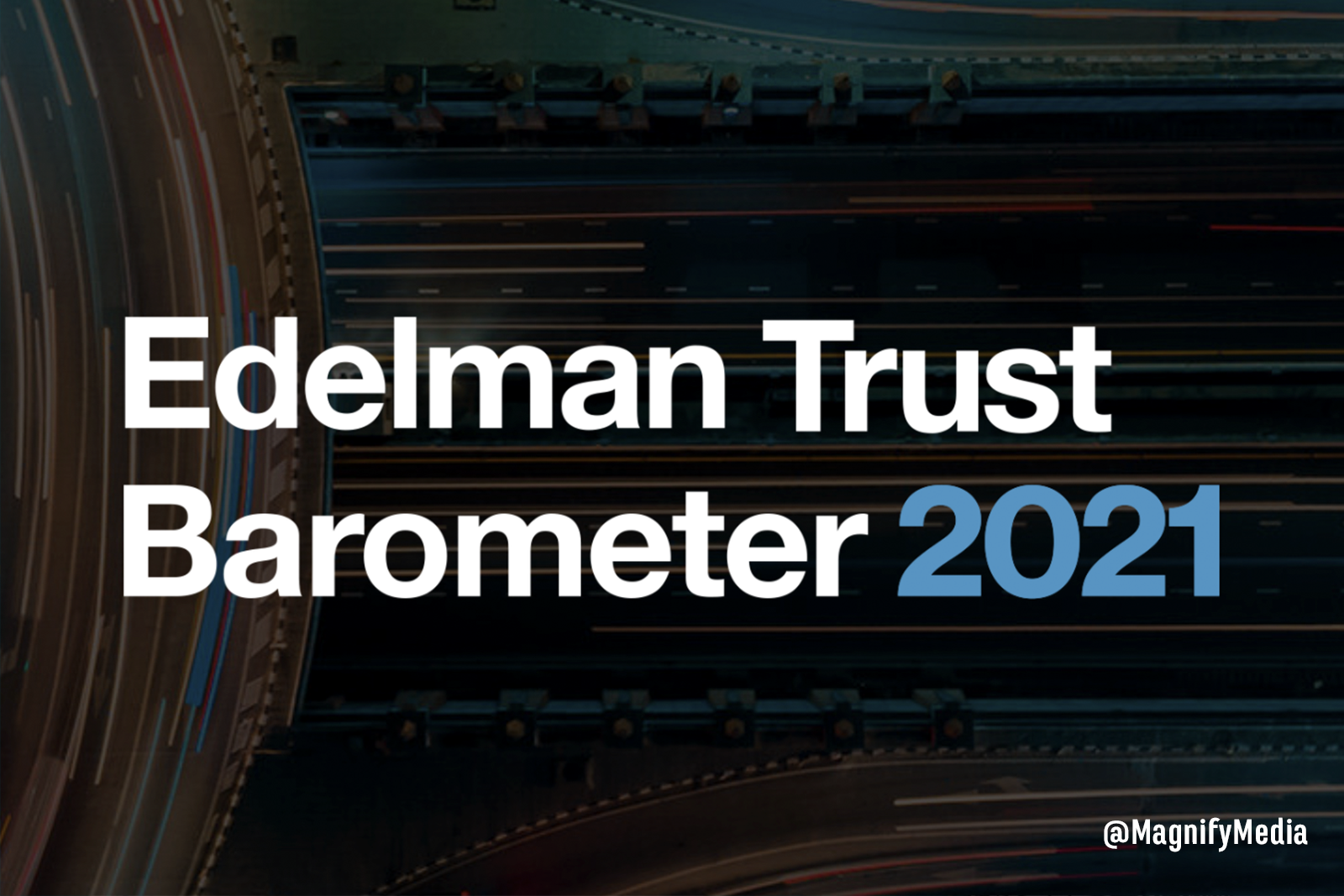 If you're feeling less trusting, and more suspicious of information that comes across the transom, it turns out you're not alone.

It's been a hard year, for sure. The election ramped up disinformation in the media, in election ads, and on social networks. And COVID-19 and the related economic crisis created a very unstable environment.

But is this world of distrust a trend or a blip? The Edelman Trust Barometer has been tracking trust for 20 years. It covers a wide net, surveying 31,000 people in 27 countries.

As reported in Axios, Edelman found that favorable views of the tech sector globally dropped six points overall, to 70 (on a scale of 100).

Trust in the tech sector declined and reached all-time lows in 17 out of 27 surveyed countries. The U.S. saw the greatest drop, with tech going from being the most trusted industry in 2020, to the ninth trusted in 2021.

That puts tech basically in the middle of the pack of industries — behind healthcare, retail, manufacturing but ahead of the energy, automotive, and financial services sectors.

According to the Edelman report, "The Way Forward" includes the knowledge that "particularly in times of turbulence and volatility, Trust is what holds society together and where growth rebuilds and rebounds. Every institution must play its part in restoring society and emerging from information bankruptcy:

-- Business must embrace its expanded mandate and expectations, with CEOs leading on a range of familiar and unfamiliar issues. It's important to take meaningful action first and then communicate about it.

-- Societal leaders must lead with facts and act with empathy. They must have the courage to provide straight talk but also empathize with and address people's fears.

-Provide trustworthy content that is truthful, unbiased, and reliable.

-- Institutions must partner with one another to solve issues. Business, government, media, and NGOs must find a common purpose and take collective action to solve societal problems."

The word trust is itself complicated. One could argue that a more critical news audience that doesn't simply trust a particular mainstream media outlet is a good thing. But where do least-trusting consumers go to verify or fact check information in a world where opinion and news increasingly share the same pages and networks?

There is no doubt that the last years of political disinformation have eroded trust in government. Donald Trump's continued lack of facts and candor regarding COVID-19 increased vaccine hesitancy, even as lack of social distancing and mask-wearing among his loyal followers resulted in continued transmission.

One powerful example was the fact that Trump took the vaccine but refused to be photographed or to confirm that he'd taken it. It's hard to imagine any previous president personally embracing health care norms with the country unaware of his decision.

Trust also touches many parts of our lives beyond politics and media. In the Edelman study, media, government and non-governmental organizations all registered below the one positive category: business. Interestingly, Edelman respondents felt that CEOs should lead on social issues.

Trust drives all kinds of things. It drives customer retention. It drives word-of-mouth brand support and, most importantly, allows consumers and voters to build bridges and make new connections. The decline in trust should worry us all, as it's a symptom of larger problems in our world and our society.

1 comment about "Trust Is In Decline Worldwide".
Check to receive email when comments are posted.
Next story loading