The Future Of Hybrid Identity 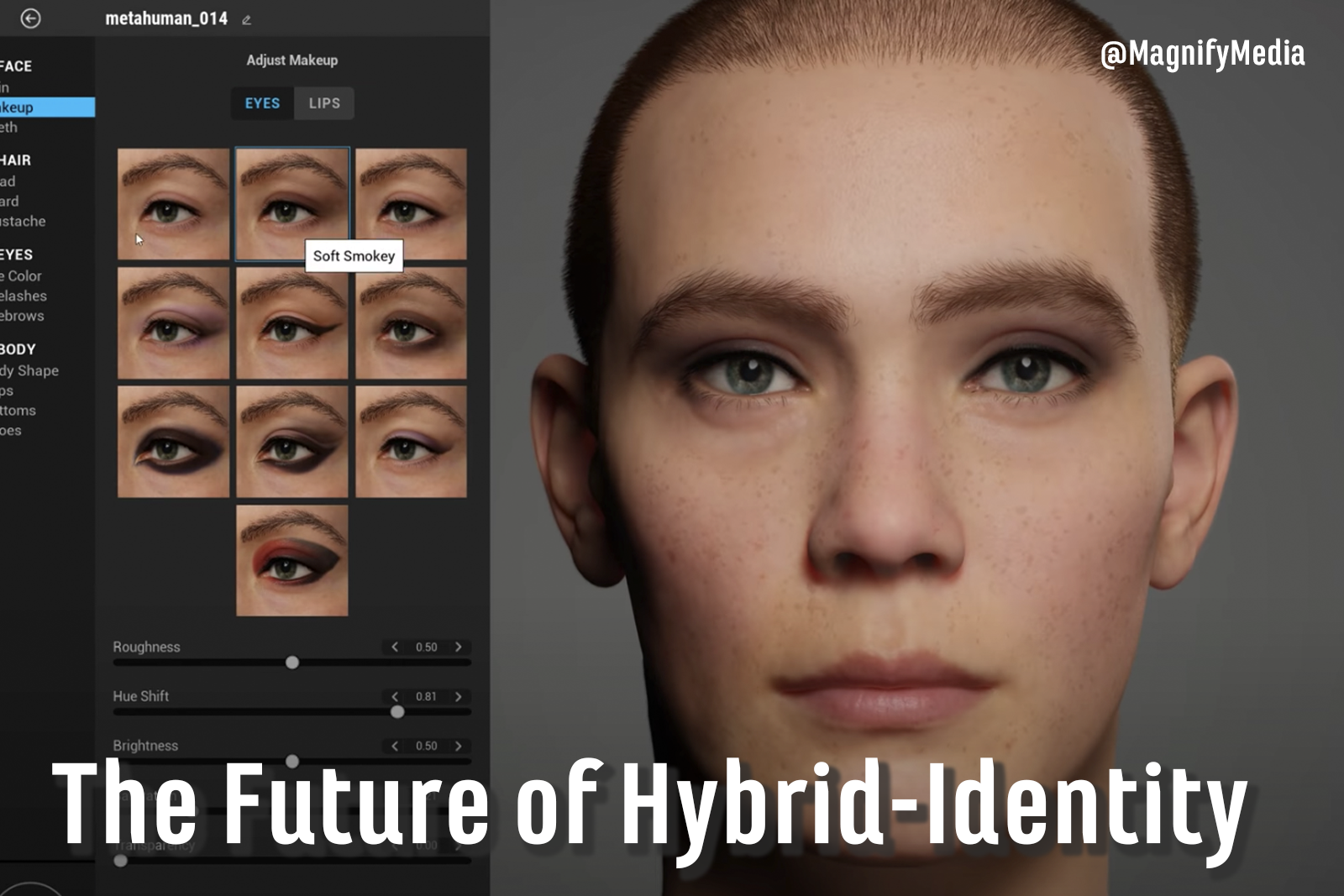 I remember the day. I was at a gathering discussing misinformation. The organizers asked the audience, "How many of you identify as a journalist?"

I was taken aback. I've never been asked that before. And the truth is, I'm a member of a number of tribes. I'm a journalist, a start-up entrepreneur, a New Yorker, and more. Identity online has different characterizations, depending on where you are posting.

How do you identify yourself? What do you consider the most important part of your identity? Is it your race, ethnicity, sexual orientation, or political ideology?

Does your identity shift depending on what you're doing or who you’re with?

There are two trends driving a shift toward hybrid identity: technology and gender identity.

"While the majority of Americans are cisgender, a significant percentage of younger generations believe the notion of identity is fluid and decidedly non-traditional," noted Adrian Tennant, lead researcher and vice president of insights at the ad agency Bigeye, introducing a study of gender identity conducted by his agency.

And while younger people adopt a more fluid attitude toward sexual identity, social media has created more hybrid identities for a wide range of Americans. A LinkedIn identity will be very different than your identity on the gaming platform Twitch.

Facebook launched in 2004. By 2015, as Kate Eichhorn writes in “The End of Forgetting: Growing Up with Social Media,” people were sharing thirty million images an hour on Snapchat. Our lives are documented in unprecedented ways. According to Eichhorn, who is a media historian at the New School, this is certain to have some kind of profound effect on the development of identity.

This is not all bad. Smartphones allow us to produce a personal narrative, to choose what to contribute to our own brand. For Eichhorn, this is normal. "Long before children were able to create, edit, and curate images of their lives, they were already doing so on a psychic level," she writes. Freud called these images "screen memories"—no pun intended—and he thought that we used them to soften or obscure painful experiences. Humans have always tried to cope with the difficulty of memory, to turn it "from an intolerable horror to something which is reassuringly innocuous and familiar." Social media just makes us more adept at this.

But identity is about to change dramatically. The nature of who we are and how we share who we are is poised to splinter into a series of public and private personas, indistinguishable from videos and recordings of your physical self. Take a moment and watch what the folks at Unreal Engine call MetaHumans.

They're not pulling any punches, saying simply, "High-Fidelity Digital Humans Made Easy." Their sale pitch is equally direct: "Creating convincing digital humans has traditionally been hard, slow, and expensive. With MetaHuman Creator, the time to create a unique digital human of the highest quality, complete with hair and clothing, is slashed."

Think for a moment about your public persona, your voice on Twitter, what you post on Instagram and TikTok. Imagine if each of them had a fully animated human face, and voice: a studious character for work and school, a wild persona for games and adventure, a charismatic and attractive MetaHuman for dating and social life.

While there's been lots of hand-wringing about deep fakes, and the dangers of your identity being misappropriated, that fear misses the trends that will drive the next chapter in identity. People are already evolving into digital creatures with hybrid personalities. And the arrival of MetaHuman tech will only expedite that shift.

So, how do you identify yourself today? And in the near future, how many identities will you deploy in the digital world? And what does it mean for marketers when your identity fractures into digital pieces? Who are you talking to, and what voice is appropriate for which personality? Identity is in for a rapidly changing and complicated next chapter.