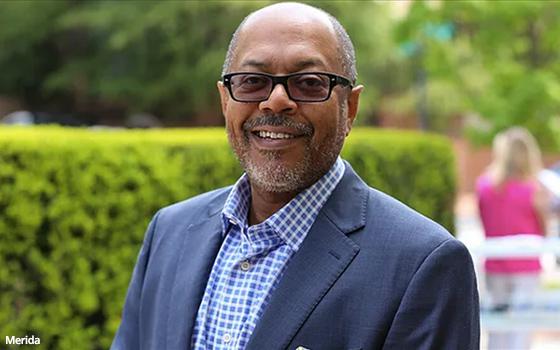 The Los Angeles Times has tapped Kevin Merida to succeed Norman Pearlstine as executive editor. Previously, Merida was senior vice president at ESPN and editor-in-chief of The Undefeated, a platform that focused on race and sports.

He takes the helm in June, becoming the 19th editor of the 139-year-old newspaper.

Merida's appointment ends a search that began in December, when former executive editor Pearlstine became senior advisor to the newspaper's executive chairman. His reign was marred by accusations of verbal abuse and ethical impropriety.

Patrick and Michele Soon-Shiong, owners of LAT, stated: “Kevin possesses a clear understanding of the rigor necessary for independent journalism and how to translate that journalism to multiple platforms. He also shares our passion for the unique opportunity we have to build the L.A. Times into a media enterprise with a distinct West Coast point of view.”

"I think this can be the most innovative media company in the country,” added Merida in an announcement from the company.

Merida also directed ESPN's Investigative/News Enterprise unit, the television shows “E:60” and “Outside the Lines,” and chaired ESPN’s Editorial Board.

Prior to joining ESPN, Merida worked for The Washington Post for 22 years in various capacities, including managing editor for news and features.

Merida is co-author of “Supreme Discomfort: The Divided Soul of Clarence Thomas” and “Obama: The Historic Campaign in Photographs.”

The LAT is going through various internal changes. In March, it  relaunched its fashion and lifestyle publication Image, rebooting print and digital versions. The goal is to provide an upgraded, L.A.-centric magazine and pay tribute to local talent, with eight issues this year. The first centers on style and time travel.