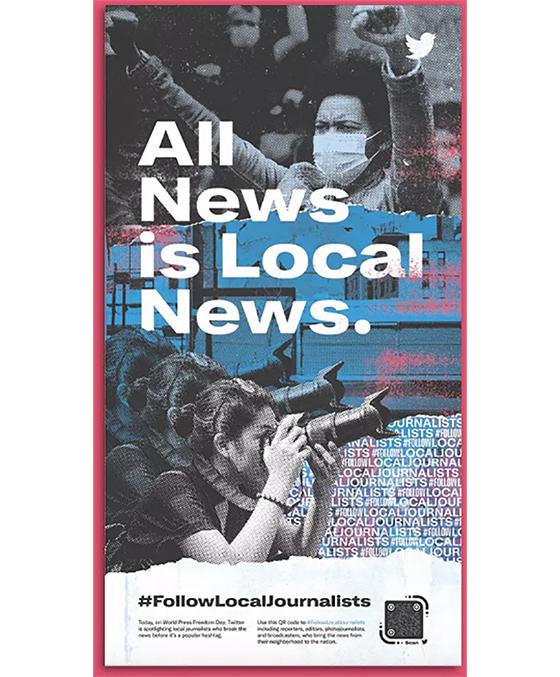 The ads, both print and online, will direct readers to lists of journalists created by the newspapers and by Twitter.

In addition, Twitter is encouraging readers and reporters to share examples of effective local journalism under the hashtag #FollowLocalJournalists.

Twitter has also organized Twitter Spaces, forums that will allow people — including some in countries where press freedoms are particularly under attack—to hear directly from journalists.

For instance, the @ViceWorldNews team in Southeast Asia will host a group of Burmese journalists to discuss #whatshappeninginmyanmar in the aftermath of the bloody coup there.

In the Philippines, reporters from Rappler will host a Space on this belief: “When journalists can’t ask, we can’t act.”

And in India, senior editors will discuss the challenges of covering the COVID-19 crisis.

Spaces will also be hosted in Japan, Thailand and Brazil.

Moreover, Twitter is  providing and Ads for good grants to nonprofit organizations such as Committee to Protect Journalists, Reporters sans frontière, Philippine Center for Investigative Journalism, National Union of Journalists of the Philippines, Engage Media, and PEN America.

“As journalists continue to selflessly report from the front lines of conflicts, in the face of hostile interests, and, especially during this past year, risk their personal health to cover a global pandemic, we believe it is pivotal that they and their industry are supported,” Twitter writes.