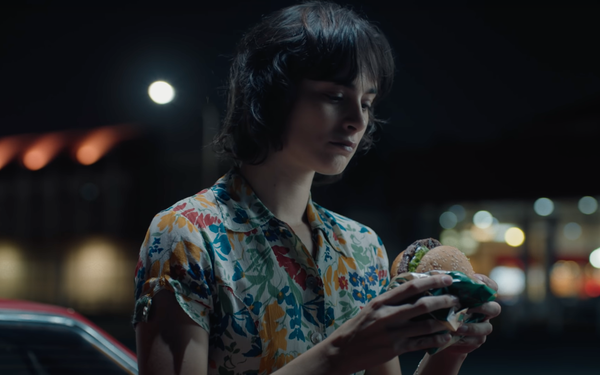 Restaurant Brands International, parent of Burger King, Tim Hortons and Popeyes, is back in growth mode, with quarterly results beating expectations. It also introduced a flurry of initiatives at Burger King, including a new campaign for the Impossible Whopper, a test of sustainable packaging, and the promise to finally come through on efforts to pep up breakfast sales.

The Toronto-based company says total sales for the fourth quarter rose to $1.26 billion in U.S. dollars, an improvement of 2.9%.

While sales at Tim Hortons did improve slightly, to $710 million from $699 million, that's primarily due to currency fluctuations. On a comparable basis, those sales fell 2.3%.

Still, with Canada under much stricter lockdown regulations, Tim's digital sales shot up 31%. It continues to benefit from its many drive-through locations and says consumers downloaded its app two million times in March alone. Recently, the company said it would invest $80 million (Canadian) in new marketing for the chain.

Business also improved at Popeyes, with quarterly revenues rising to $143 million from $138 million.

At Burger King, sales rose to $407 million, from $388 million, benefiting from the U.S. launch of the $1 Your Way value menu. It's also doing well with its hand-breaded chicken sandwich, now in half of its U.S. restaurants, and expected to be available nationally this summer.

In a call to discuss the results, José E. Cil, RBI's chief executive officer, told investors he expects that item to drive incremental visits and checks in the months ahead.

He also addressed Burger King's breakfast efforts, conceding that they've been a disappointment. "I know what you're thinking," he said. "We've mentioned the breakfast opportunity at Burger King to you several times in the last 12 months, but frankly, haven't made much progress."

He said the Burger King team now has "breakfast opportunities square in their sights, and are working closely with a group of talented franchisees …with the ambition to make Burger King the preferred breakfast destination."

Among the changes are a new French-toast sandwich, which is performing well in tests, and a planned upgrade of the Croissan'wich, making it an "even more powerful anchor of the breakfast business."

Separately, the company says it is running a comical new ad to promote the Impossible Whopper, airing in the U.K., Germany, Brazil, Mexico, Chile and Dominican Republic.

Focusing on the confusion of these strange times -- even casually dropping a Flat Earth reference -- the ad asks big questions. Are we working from home or living at work? Does anyone master the violin after an online Masterclass? And, how can an Impossible Whopper have no meat? DAVID/Madrid is the agency.

Analysts, while encouraged by RBI's overall performance, see some areas of concern. Burger King is not recovering as well as rivals, writes David E. Tarantino, an analyst who covers the company for Baird. He still has a positive view of the company, which he says beat expectations. But he notes "continued soft relative performance for Burger King U.S." Its first-quarter comparable results improved, "but by less than the level for quick-service peers," he says, including McDonald's.