Tech Pundits: Oversight Board May Be Backfiring On Facebook 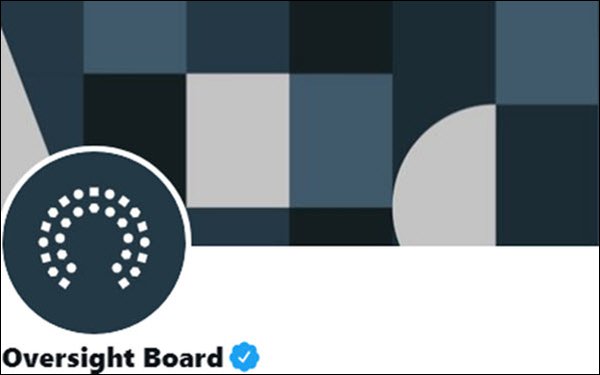 In the wake of Facebook Oversight Board’s (FOB) decision to uphold the initial suspension of Donald J. Trump’s Facebook and Instagram accounts but throw the final decision on a permanent ban back to Facebook, some tech pundits are noting that Facebook CEO Mark Zuckerberg might now be having second thoughts about the wisdom of creating the deliberative body.

Podcaster and  New York Times tech columnist Kara Swisher wrote that it had never occurred to her that “a Facebook-appointed panel could avoid a clear decision about Donald Trump’s heinous online behavior. But that is what it’s done… It’s kind of perfect, actually, since it forces everyone’s hand — from the Facebook chief executive Mark Zuckerberg to our limp legislators in Congress.”

Trump’s being banned from social platforms is the price for years spent crossing the lines, but the “main problem” in this specific scenario is Facebook management’s “lazy abrogation” of responsibility to a body whose members are picked and paid for by Facebook — “the most hopelessly compromised company in tech,” she wrote. “It appears as if the board members realized that this decision was not theirs to make. Agreed…"

“Setting up a ‘Supreme Court’ to rule on tricky issues seemed like a smart move by Mark Zuckerberg,” wrote Rory Cellan-Jones, technology correspondent for  Yahoo Finance. “Whatever the Oversight Board decided, Facebook's boss could say ‘not my fault, blame the judges’”...

“Now, the Oversight Board has thrown the hot potato right back into Mr. Zuckerberg's lap. He and his team have been told to go away and have a long hard think about how they handle tricky cases like this one. They will have to decide the meaning of the term ‘newsworthy’ and conduct a proper inquest into the platform's role in the events of 6 January. And at the end of it all, Facebook will still have to decide what to do about Donald Trump… Zuckerberg could be forgiven for wondering whether setting up this body was such a good idea after all — and why he is paying the generous salaries of the board's members.”

The FOB "game" still looks like a "win-win for Facebook," she wrote. "If the ‘worst’ outcome (for Facebook) is that it gets, not just simple blame-deflection, but some sharp pointers on how to transform its baffling mess of ad hoc rules into something that better resembles a globally acceptable speech moderation standard, then it could get to perform all sorts of reputation-washing (and try to steer its business away from unwanted regulatory oversight) off of the back of the FOB’s claimed consensus."

That said, she added, "the worst outcome for Facebook may be that it’s far too rotten for reform. That it ignores the board’s recommendations and the board then bites back. (Notably, the FOB did mention today that it’s setting up a working group to monitor Facebook’s implementation of its decisions and also how it responds to its policy recommendations. So the message from its hand-picked experts remains: ‘Facebook, we are watching you’.)"

Meanwhile, the self-appointed Facebook watchdog group that calls itself the Real Facebook Oversight Board, comprising tech experts, academics and civil rights leaders, issued a statement asserting that the decision shows that the FOB "experiment" has failed.

"This verdict is a  desperate attempt to have it both ways, upholding the 'ban' of Donald Trump without actually banning him," the group charges. "Donald Trump has used Facebook to spread disinformation and incite hate and violence for years. Even when he posted ‘When the looting starts, the shooting starts,’ Facebook failed to act. He violated their terms of service again and again and again, facing no consequences. And yet, Facebook’s Oversight Board still could not summon the courage or common sense to uphold a permanent ban. As such we ask: what is the point of the Oversight Board? This is a Facebook-funded, Facebook-appointed body that has no legitimacy to make real decisions. Facebook’s attempt to divert attention from its  fundamental failure to take responsibility for what’s on its own platform has itself failed."