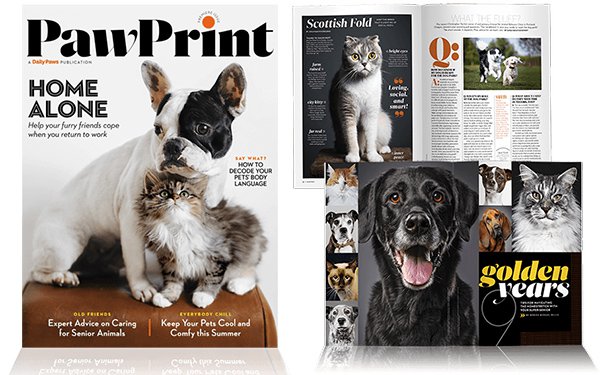 The new title will be delivered to 1 million Meredith consumers who own both a dog and a cat, according to George Baer III, VP, managing director of Foundry 360 @ Meredith. It will be a companion to the company’s DailyPaws.com, a digital product that has over 2 million unique monthly viewers.

Meredith, which serves pet-related content in various titles, including People, Real Simple, Southern Living and Parents, claims it reaches almost 70% of all pet owners in the U.S.

Mars Petcare reports 86% of pet owners say their pets have been a prime source of companionship during the pandemic.

“This past year has taught us just how much having pets at home enhances our overall happiness and well-being,” states Diane di Costanzo, editor in chief of Paw Print. “Paw Print serves the needs of pet parents by giving them ways to make their homes more pet-friendly and ensuring that their pets live healthier lives.”

For its part, Mars Petcare hopes to share “the health and wellness content pet owners are seeking,” Craig Neely, vice president of marketing at Mars Petcare.

Nearly 85 million U.S. households have at least one pet, according to a recent survey from the American Pet Products Association. There are 63.4 million canine and 42.7 million feline homes, with many owning both.