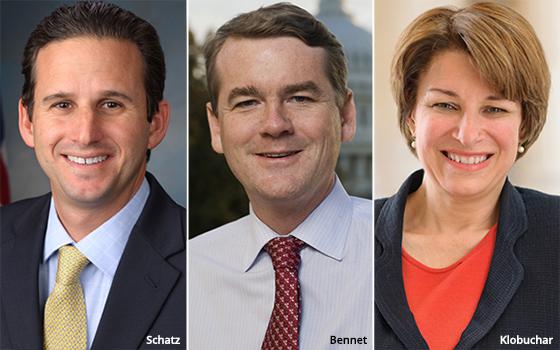 The Future of Local News Act, a bill that seeks to revive local journalism, has been reintroduced in the U.S. Congress by a bipartisan group of legislators.

The Senate bill would establish a committee to “examine and report on the role of local news gathering in sustaining democracy in the United States and the factors contributing to the demise of local journalism.”

The committee would also recommend policies to reinvigorate local news by creating mechanisms the federal government would implement.

For instance, the U.S. might set up and fund a national endowment for local journalism and expand the Corporation for Public Broadcasting or another institution.

It is not clear what the chances are of passage, or how much sympathy there is in Congress for local news reporting. The issue has special import, given the probable acquisition of Tribune Publishing by hedge fund Alden Global Capital.

The bill notes the U.S. has lost over 2,100 local print outlets since 2004, and that 200+ counties have no newspaper at all. Rural areas are especially under-served.

In addition, more than half of all U.S. newspapers have changed owners over the past decade. Some 25 companies own two-thirds of all daily newspapers.

Moreover, Pew research shows that newsroom employment across television, radio and digital outlets fell by 25% from 2008 to 2018 and by 47’% among newspapers.

The committee would have 13 members, including two apiece chosen by: The Senate Majority Leader, The Minority Leader,  The Speaker of the House,  The chairman of the Board of Directors of the Corporation for Public Broadcasting and The Chairman of the National Endowment for the Humanities.

Also, the panel would include one member chosen by the CEO of the U.S. Agency for Global Media.