With Book It! Reboot, Pizza Hut Builds On 'Newstalgia' 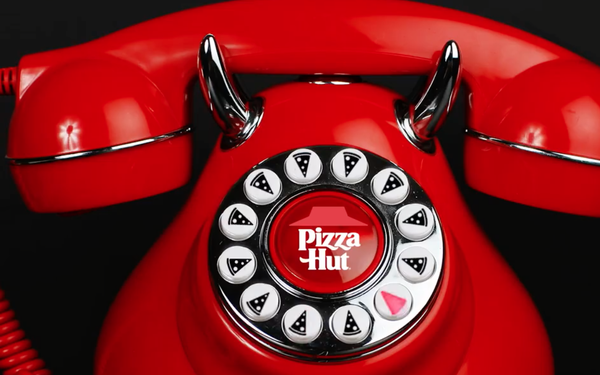 In its latest efforts to trot consumers along memory lane, Pizza Hut is reheating its Book It! program, pushing vintage tees and free pizza to get kids reading over the summer.

In “Once Upon A Time” ads starting Craig (“The Office”) Robinson, it’s hoping to remind consumers of a simpler time, when reading books earned kids buttons and pizza. With a $10 special on three-topping pizzas, it’s selling vintage-inspired “Book It!” T-shirts for $10, and giving parents the chance to sign their kids up for the summer reading program. Kids who read enough books earn their own personal pan pizza.

Pizza Hut launched the Book It! program back in 1984. The longest-running corporate literacy program, it continues to involve some 14 million students each year.

Pizza Hut says the effort fits into its larger “Newstalgia” campaign, introduced back in March, with Robinson starring in ads featuring Pac-Man and other classic arcade games. Fans could load a QR code for a special AR version of the game.

For this version of Camp Book It!, consumers can register kids from pre-K through sixth grade. Using a digital dashboard, they can earn an email certificate, entitling them to their free pizza, which they can redeem online, in store or via phone.

Pizza Hut’s promotion comes as many QSR chains face a somewhat cooler prospect for the upcoming summer. In its latest report on restaurants, Baird, which currently expects Pizza Hut parent Yum Brands to continue to outperform the industry, says industrywide comparable restaurant sales remained strong throughout April. But while analyst David E. Tarantino writes that he is optimistic about demand staying healthy for the rest of the quarter and into the second half of the year, “we think sales momentum could settle from April's robust level as stimulus tailwinds fade.”

Baird estimates that the $373 billion issued in stimulus payments since mid-March represent about 36% of total 2021 retail sales for March through April.

Still, while he acknowledges a return to more normal traffic should buffer against the post-stimulus declines, “we see potential for a further deceleration as the second quarter unfolds."