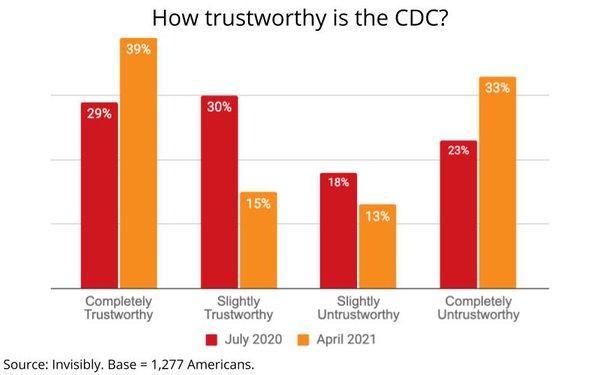 Nine months after benchmarking the confidence Americans have in the Centers for Disease Control (CDC), overall trust has slid. It has also become far more polarized.

That's the finding of a "real-time" survey of 1,277 Americans released this morning by Invisibly, which shows the overall net of Americans who say they trust the CDC sliding five percentage points to 54%.

While still a slight majority, the data also indicates that sentiment has become much more polarized with the biggest spikes occurring among those who believe it is either "completely" trustworthy or untrustworthy.