Facebook Extends Trump Ban To Two Years, Will Treat All Politicians No Differently Than Others 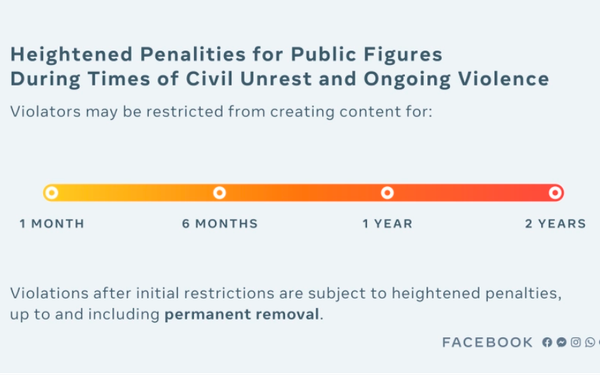 Facebook today took new steps to better safeguard users against reckless speech by political figures, including extending its suspension of former President Donald Trump's account for two years, after which it will review the potential for further harm.

The move follows Twitter's permanent suspension of @realDonaldTrump, and comes as Facebook is changing its rules to take a harder line on speech by other political figures.

"When we assess content for newsworthiness, we will not treat content posted by politicians any differently from content posted by anyone else," Facebook Vice President of Global Affairs Nick Clegg said in blog post, adding, "Instead, we will simply apply our newsworthiness balancing test in the same way to all content, measuring whether the public interest value of the content outweighs the potential risk of harm by leaving it up."

The update includes tougher penalties for political figures who violate Facebook's content restrictions, including potential permanent removal of their accounts (see framework above).