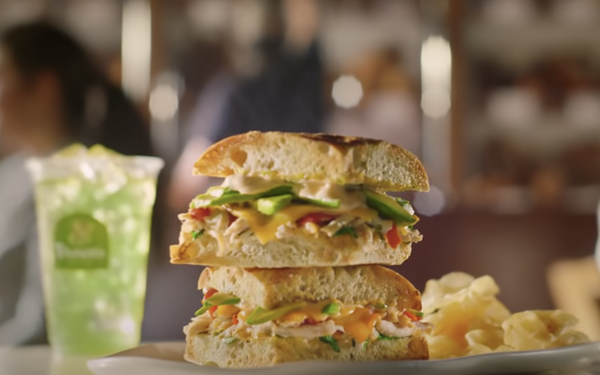 If you have a job, chances are good you’ve had a catered Panera meal. Before the pandemic, the QSR chain also held the crown as the nation’s largest caterer.

In its ongoing bid to remain best work buds with a changing universe of office-goers, the St. Louis-based company says it is upping its catering game to include hybrid models. Now, that Friday lunch for staffers can wrap its arms around the crew in the office and those calling in from home.

Panera is opening Panera Connects, which previously had to be used through a catering rep, to anyone. For now, the offer is only available to MyPanera loyalty members. A company spokesperson confirms a report in CNBC that it will be open to anyone with a credit card within the next few weeks.

Panera Connects allows the organizer to enter event details, and Panera then sends a voucher code for each attendee.  Guests select their order, and Panera coordinates delivery, making sure attendees around the country can all dig into their shared meal simultaneously no matter where they’re located.

The spokesperson says the evolution comes following Panera's extensive investments in digital capabilities and customizable menus, including popular bundles, individual packaging and boxed breakfasts and lunches. With the company's 2,100-plus cafes in 48 states, it has a substantial delivery network.

It is also introducing a Panera Day at Work program, which streamlines delivery in a consolidated order, usually to an office building, worksite or university. While each order is individually packaged, it’s delivered together, and there’s a delivery discount.

CNBC says one of its recent polls found that hybrid work models are likely to dominate, at least short-term. About 45% of its respondents say they expect to have a hybrid workforce in the second half of this year, while a third of the company executives it polled say they’ll have a majority in-person model instead.