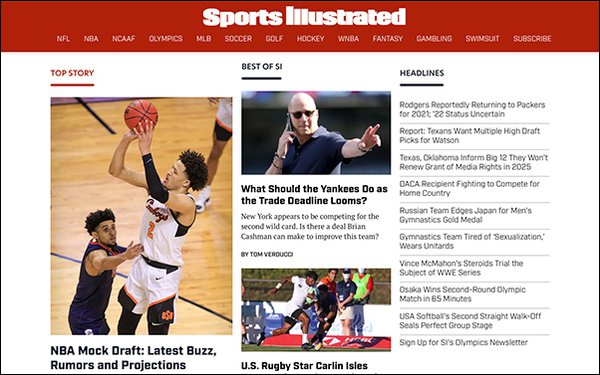 and its new production company, Sports Illustrated Studios, have signed a deal with iHeartMedia to co-produce eight podcasts.

iHeartPodcast’s network will distribute the titles on iHeartRadio along with SI’s existing podcasts. Two of the new podcasts will launch by Q1 2022. SI Studios will provide some scripted content.

The magazine’s new series, “Sports Illustrated Weekly” is a 45-minute podcast that will feature the pub's journalism in a premium audio magazine. Details, including the host, will be announced later.

“While traditionally sports are very visually focused, this venture allows us to introduce audiences to the most memorable events in sports history in unexpected ways,” states David Hutkin, COO of 101 Studios, which partnered with SI owner Authentic Brands Group to form SI Studios last year.

“Storytelling is at the core of what SI stands for,” adds Ross Levinsohn, CEO of Sports Illustrated & Maven.

SI will also offer “Lateral Damage,” a true-crime podcast on Mariet Ford, a Berkeley college football player who in 1982 performed a legendary feat called The Play and was later convicted of murdering his son and pregnant wife.

iHeartMedia and SI have mutual marketing and promotion commitments that will apply to all podcasts for the life of the agreement.

The magazine says SI now reaches more than 50 million monthly visitors across all of its integrated site channels.