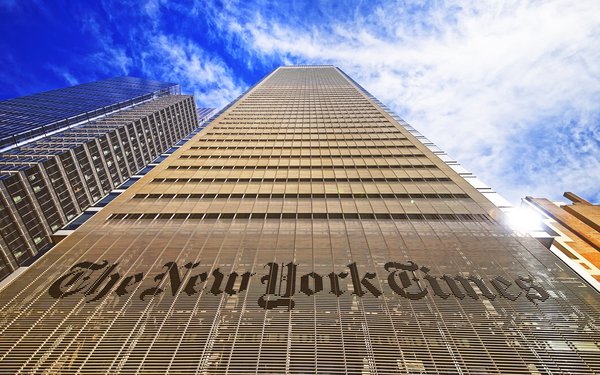 The New York Times, buoyed by increases on both the advertising and subscription fronts, generated $498.5 million in revenue in Q2, a 23.5% increase over the same period in 2020, the paper announced on Wednesday. And, the paper has hit 8 million in subscriptions.

The company reported $93 million in adjusted operating profit, a 78% improvement YoY, and better than expected.

The hike in print was reflected in an improvement in the luxury, media and technology categories, and recovery from weak print sales in the same period of 2020, due to the pandemic.

The paper reached a total of 7.9 million subscriptions in Q2, with paid digital-only subs totaling 7.13 million. Only 142,000 new subs were brought in, but that reflected a quarterly pattern, and growth continued after the quarter ended.

“Just after the end of the second quarter, The Times crossed another mile marker on our path to scaling direct, paying subscriber relationships,” states Meredith Kopit Levien, president-CEO, The New York Times Company. “We now have more than 8 million paid subscriptions across our digital and print products.”

Levien comments, “Given the opportunity we see — an addressable market of at least 100 million people who are expected to pay for English-language journalism and a unique moment in which daily habits are up for grabs — we are continuing to invest in both the value of our individual products and the broader bundle.”

The Times continues to function as one of the leading news voices in the country, always drawing its share of controversy and attention.

For example, the Accuracy in Middle East Reporting and Analysis (CAMERA) has put up a billboard with the photo of Times publisher A.C. Sulzberger adjacent to the company’s offices, challenging the paper’s alleged failure to cover the “full truth” about growing antisemitism, Editor & Publisher reports.