Why Did The Advertiser Cross The Road?

This morning, another well-known advertising trade publication published a story questioning whether the Media Rating Council (MRC) is “still relevant?” My answer: more than ever.

Though the other trade pub is highly respected, the premise of its article is incredibly naive and misunderstands the original purpose of the MRC, and definitely doesn’t grasp the increasingly important role it has take on since George Ivie took over as its executive director and CEO.

The trade pub’s premise for the MRC losing relevance seems to be the recent tiff with Nielsen, which asked the MRC to put it its TV audience measurement accreditation process on “hiatus,” and that if the MRC follows suit by suspending Nielsen’s accreditation, it will be seen as some kind of industry test.

That premise is naive and fails to understand both the explicit role of the MRC, as well as the ad industry’s culture surrounding it.

As the article points out, the MRC was formed in 1964, following Congressional hearings surrounding the 1960s TV ratings scandals, and was actually part of a Justice Department consent decree enabling the industry to come up with self-regulatory solution to manage media audience measurement. And for nearly six decades the MRC has done just that, auditing what audience measurement services say they do, accrediting them when they measure up, and withholding or suspending accreditation when they don’t.

The rest is -- and has always been -- up to the industry to decide what to do about it. In fact, many services have operated successfully without MRC accreditation, including Nielsen, which even now has a couple of its major services running without accreditation.

What the trade pub’s article misunderstands, is what the role of MRC accreditation actually is. It is not the right to create, market or utilize audience measurement estimates. It simply is, as the double check marks in the MRC’s logo attest, a stamp of approval from an industry’s self-regulatory authority.

What the industry does with that -- or not -- is totally up to the industry, and the real article that should be written is why the ad industry often seems so complicit in doing business in ways that sometimes don’t meet its own declared standards.

That’s an article I’ve been writing for decades, and the best answer I can come up with is a combination of inertia, pragmatism and, well, laziness. What the MRC does involves really, really hard work, and the truth is many stakeholders in the industry don’t want to work that hard, and that even when others do, they turn a blind eye because they don’t want to make the other parts of what they do a little more complex. Like buying media, posting results, and managing the returns on those investments to make them even better.

The truth is MRC accreditation never has -- and never will -- make a ratings services estimates “currency” for buying media. Market currency is defined by a marketplace -- two sides coming together to trade money over some mutually agreed upon value. That’s as true as it is on Madison Avenue, as it is on Wall Street, and the big thing that distinguishes those two marketplaces is the fact that Wall Street is highly regulated, while Madison Avenue is not. And it’s things like the MRC that have enabled it to operate without it.

The other big thing that has changed over the years that the MRC has performed its function is that the media marketplace has grown far more fragmented -- and complex -- and the remarkable thing that trade articles should be written about, is how it has kept up and increased its relevance along with it.

Like I said, it’s hard, hard work, and incredibly complex, and on the occasions when the MRC’s Ivie, or other people involved with the MRC have taken the time to explain some of that to me, it has made my head feel like it was going to explode. So I understand why people in the ad industry often take the easy way out.

It’s human nature, and my favorite way of describing this cognizant dissonant response was captured by Woody Allen’s chicken and egg line in his film “Annie Hall,” when his character says:

“It reminds me of that old joke- you know, a guy walks into a psychiatrist's office and says, hey doc, my brother's crazy! He thinks he's a chicken. Then the doc says, why don't you turn him in? Then the guy says, I would but I need the eggs. I guess that's how I feel about relationships. They're totally crazy, irrational, and absurd, but we keep going through it because we need the eggs.”

The truth is the ad industry has, and always will, need the eggs. But that doesn’t mean it doesn’t also need an authority who candles them to let you know if they’re any good.

The real story isn’t whether the MRC is still relevant. It’s whether the people who are in a position to apply it are. 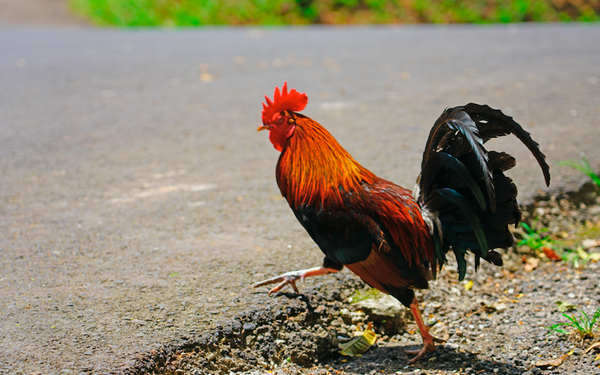 4 comments about "Why Did The Advertiser Cross The Road?".
Check to receive email when comments are posted.
Read more comments >
Next story loading