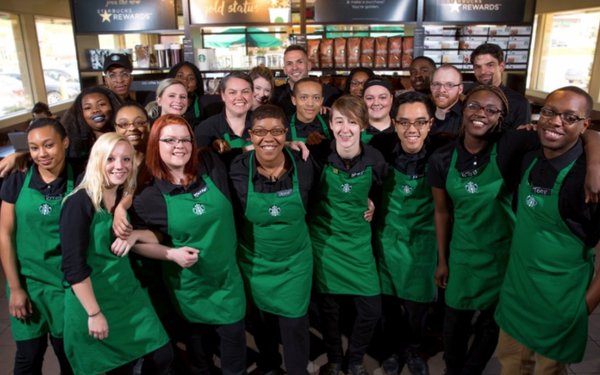 Starbucks employees in New York are hoping the restaurant industry’s pandemic-induced labor shortage will provide the leverage they need to unionize in what would be a first for the chain’s corporate-owned stores.

The move came as the National Restaurant Association issued a midyear report showing that the restaurant industry “is still on the lookout for nearly one million employees to fill much-needed jobs.”

While some Starbucks stores that are not corporately owned are unionized, none of the company’s more than 8,000 corporate-owned locations are.

“With the pandemic and labor shortages—the fact that for once we’re not totally disposable, they need us—it was the perfect time,” a Starbucks shift supervisor told The New YorkTimes.

“We respect our partners’ right to organize but believe that they would not find it necessary given our pro-partner environment,” Starbucks said in a statement reported by the Times.

When faced with possible unionization in 2006, Starbucks cited its “generous wage and benefits package” and the fact that 85% of its employees had health coverage either through Starbucks or another source.

“Our work environment fosters open, two-way communication and has many ways for our partners to share their thoughts, opinions and concerns,” Starbucks said at the time.  “We believe that the direct employment relationship that we currently have with our partners is the best way to help ensure a great work environment."

The company went on to note that the majority of its “partners are eligible for ownership in the form of stock options, which makes them truly partners in the business.”

On Aug. 23, Starbucks Workers United posted a letter on Twitter to Starbucks president and CEO Kevin Johnson in which it communicated its meaning of a partnership.

“We believe that there can be no true partnership without power-sharing and accountability,” wrote the organization. “We see unions as the best way to make Starbucks a place to have a sustainable career and a true partnership.”

The group asked that Starbucks provide “a level playing field that will enable Starbucks partners to choose whether or not to unionize without fear of reprisal.”

Starbucks seems to have no problem with the concept of its employees exercising their right to vote and, in fact, encouraged such behavior two months ago—at least regarding political elections.

“Throughout our history, Starbucks has been committed to ensuring that the voices of our partners are heard,” Johnson told employees on July 14 “Voting is one way this can come to life and protecting the right to vote for every eligible American, regardless of who they vote for, is core to the integrity of our democracy.”

Released Tuesday, the report from the National Restaurant Association confirmed that labor challenges for restaurant operators intensified in the first half of the year.

“Fully 75% reported recruiting and retaining employees was the top challenge facing their business. In January ’21, that number was 8%. The June/July number represents its highest level in nearly 20 years of the Association’s monthly tracking survey.”