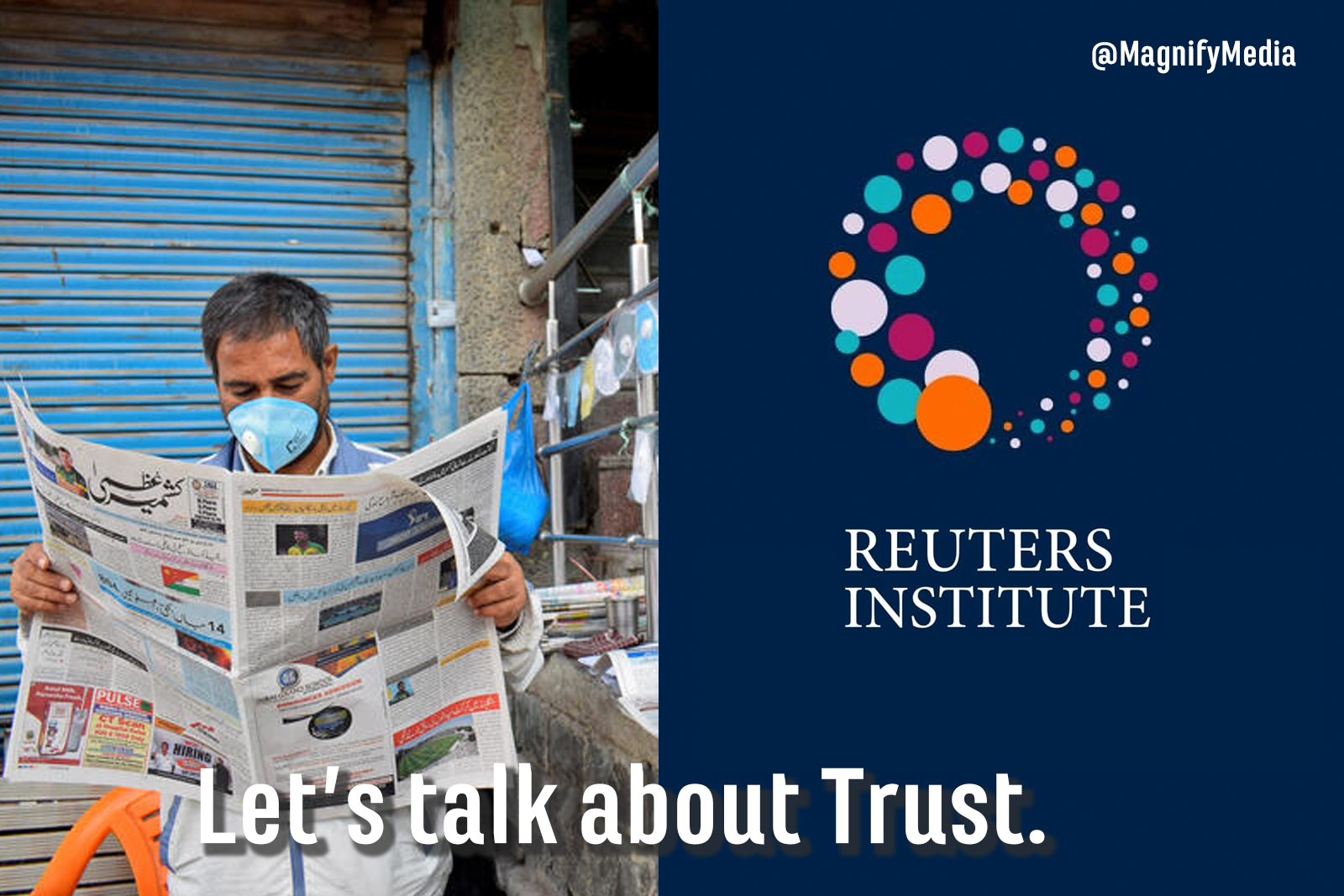 There's lots of talk about so-called fake news and misinformation. But these conversations suggest that there is somehow a bright line between what is true and what is false.

We now all carry in our hands an extraordinary appliance that puts access to the world's information in our pocket. But this device and the internet that search has inevitably created have a ubiquity that can only be called information overload.

The endless pings, notifications, and urgent breaking news headlines have left average users facing a firehose of information. This has created consumers who often look for information to confirm their beliefs rather than being encouraged to read conflicting points of view.

On the internet, the phrase “do your own research” is used to suggest impartial analysis. But peer-reviewed, blind studies that are used by scientists and medical professionals have little in common with a Google search on the phrase "is the COVID vaccine dangerous." That search will deliver a wide range of conspiracies and anti-vax fear-mongering. Hardly science -- and hardly useful if you're making a critical health care decision.

In “How A Viral Video Bent Reality,” The New York Times' Kevin Roose took a journey back in time, searching for the origin of the now widespread phenomenon of alternate facts that distort conventional media reporting and government statements of fact.

It hardly matters if you've seen “Loose Change” -- because once this new kind of handmade docu-news format was let loose on the internet, the battle was launched: fact vs. fiction.

And as we know definitively from Facebook, faction -- the more salacious, the better -- often draws an audience far more effectively than its boring, fact-based brethren.

Many years ago, a friend of mine was the head of CNN U.S. He called me one day and said, "I have a problem, and I need your advice." Intrigued, I invited him to share his problem. "My boss wants me to have a strategy to compete with the ratings of Fox. What should I do?" I thought for a minute, and without equivocation, said "Write your resignation letter."

Why did I say that? Because facts can't hold a candle to fiction. The real news is boring. If you take the gloves off and can write anything you want, without the burden of having to be limited by facts and data, then you'll always win.

A new report by the Reuters Institute sheds more light on this phenomenon, in a study carried out for three years in the U.K., U.S., Brazil, and India.

The report focuses on “the large segment of people in each country who we call the ‘generally untrusting,’ who do not trust most or even any of 15 different news organizations we asked about," Dr. Benjamin Toff, senior research fellow at the Reuters Institute, said to Euronews. "In the U.K., the percentage of people trusting news on Facebook or WhatsApp was about the same as the percentage who said they trust information from The Sun, which doesn't exactly have a great reputation when it comes to factual accuracy," Toff said. "What is interesting, though, is that mostly these gaps in trust are driven by people who do not use the platforms for news. These platforms probably impact trust in more subtle ways, since we also know that people have a difficult time remembering the sources of news they click on." Simply put, if a rising tide lifts all boats, then a lowering tide sinks all of them equally.

The internet has created the lowest common denominator, and the mix of signal to noise dramatically favors the noise. How many times have you said in a conversation, “I read somewhere that Donald Trump is an alien" or "Joe Biden is cryogenically frozen.” OK, maybe not those examples, but you've “heard” things that are in a link, on a website, on Facebook. It’s almost impossible to separate biased, politically motivated sites from sites presenting news with a published set of standards.

If "Loose Change" provided doubters with “facts,” no one in the past 20 years has been dissuaded by the source of those facts or the quality of the reporting. And mainstream media has done itself no service by lumping together anyone with questions about 9/11 into the big undifferentiated bucket known as “truthers.”

"A lie will gallop halfway round the world before the truth has time to pull its breeches on," is a saying attributed to various sources, from Mark Twain to Franklin Roosevelt's secretary of state, Cordell Hull.

Whoever said it first, it was before the internet put the fiction-manufacturing machine on steroids.

Just look at where we are now.