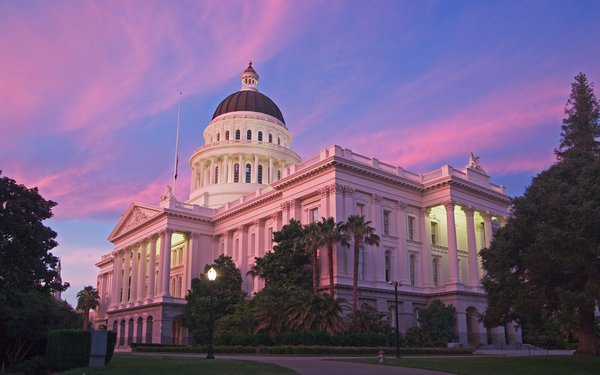 California's net neutrality law could pave the way for conflicting broadband regulations in all 50 states, a lawyer for the cable industry argued Tuesday to a three-judge panel of the 9th Circuit Court of Appeals.

“The question before this court is whether interstate broadband service will continue to be governed by a single, national set of rules, or instead will for the first time face a patchwork of conflicting state regulation,” attorney Scott Angstreich, who represents broadband lobbying groups, told the appellate judges.

“If California were correct, interstate broadband providers could have to apply up to 50 different sets of rules when carrying the same Netflix shows, or Zoom calls, or national news, to their customers in different states.”

But Patti Li, who defended the California law, countered that the state law prevents broadband providers from discriminating against content providers they disagree with, or charging them fees for reaching internet users.

“No one can doubt the central importance of fair and open access to the internet in this day and age, during a global pandemic that has pushed so many activities online, and in the midst of so many climate events and wildfires, when immediate access to information can be a mater of life or death.”

She added that states don't need prior federal approval to pass consumer protection laws, “especially when it comes to a basic necessity like access to the internet.”

The arguments came in a hearing on California's 2018 open internet law, which prohibits broadband providers from blocking or throttling traffic, charging higher fees for fast-lane service, and from exempting their own video streams from consumers' data caps.

That measure largely replicates the net neutrality regulations passed in 2015 by the Obama-era Federal Communications Commission, but repealed three years later, when the agency was led by Republican Ajit Pai.

U.S. District Court Judge John Mendez in Sacramento rejected those arguments in February, when he refused to prevent California from enforcing the law.

The broadband industry then appealed to the 9th Circuit, which heard arguments on Tuesday.

Angstreich told the judges that the FCC effectively precluded states from passing net neutrality laws in 2018, when it repealed the Obama-era rules. As part of that repeal, the FCC classified broadband as an “information” service, not subject to common carrier rules.

But Li countered that the FCC's deregulatory move left states free to pass their own rules.

Circuit Judge John Clifford Wallace suggested during the hearing that it may be premature to decide the case now, instead of waiting for both sides to gather more evidence.

The judges didn't indicate when they will issue a decision.

Regardless of the fate of California's law, the FCC could still pass nationwide net neutrality rules in the near future. While the agency is currently deadlocked with two Democratic and two Republican commissioners, President Joe Biden is expected to appoint a fifth Democratic member, which will leave the agency positioned to reinstate the Obama-era rules.