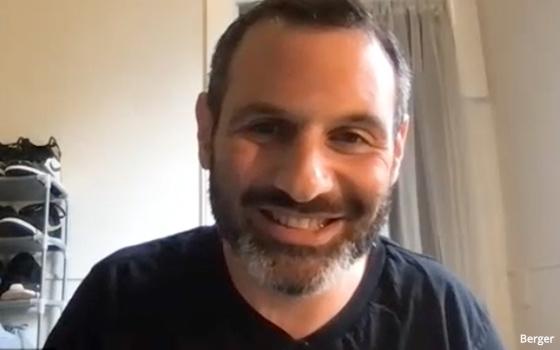 Jed Berger, CMO of Foot Locker, doesn’t really hate marketing. As he tells Brand Insider this week, it is just that he likes a great idea and a great product more. Product development and product marketing are becoming more intimately connected. When the product comes with relevance, with a story, then the marketing can be more authentic and even more efficient. This evolution is clearest at Foot Locker, which will have dropped literally hundreds of new sneaker model tie-ins just in the second half of 2021. When product relevance is put at the center, then marketing moves more towards demand generation. Suddenly consumer goods, like sneakers, come with their own pre-launch trailers, media buzz, press leaks, and a marketing plan that resembles a movie or video game release.

MediaPost When we talk about product development at Foot Locker - that's really core to the whole enterprise and the whole model here. How many products are you guys releasing?

Jed Berger: It's funny, at some point we did a poll of our Instagram followers, and they literally expect to see 7 to 10 new product releases a day, which is not the case, to be honest. But it does give you an idea of the expectations that consumers have for us.

MP: What are some of the sneaker models we're talking about and the kinds of tie-ins that you've done over the last year?

Berger: Foot Locker does represent marquee choice, meaning what we sell is meant to represent social currency. What you buy and what you wear should help you express yourself. And so choice is really important. We have a product development engine, it’s a concept team that works with our brand partners to build the idea into the design 12 to 15 months upfront. So that could be an idea that's rooted in cause, or pop culture, or entertainment, or collaboration with a designer.

MP: Give us some examples, because there are some wild examples out there that I don't think people anticipate, like cereal brand tie-ins.

Berger: We have a Crocs partnership collaboration coming in partnership with five different cereals. We just dropped a product with Bratz for kids, we've done Haribo gummy bears, so we've done everything from the silly to Autism Speaks, which is obviously more serious and more cause related. The great thing about youth culture is that it's gotten wider, not narrower. So entertainment, food, gaming, sport, cause or purpose - I mean there's really no ends to where you can collaborate in the sneaker industry.

Berger: Within the sneaker industry, most often a sneaker would get designed with an idea in mind, but the design would be inspired, and then that product would be handed off to a bunch of marketers five weeks before the release to go build us a story about this shoe. But, by the way, the actual original idea is not really obvious in the product design, it's not rooted in an IP or a partnership that we can legally utilize. So it made the marketing more smoke and mirrors and brand-focused. And what we wanted to do is sort of flip the script there and build the idea, or that collaboration, or that license into the design of the sneaker.[We wanted to] make sure to bring that relevant, contextual, connected piece [so] the design has relevancy to the consumer. Because when it does, it is much easier for us to tell that story and, to be honest with you, much less expensive. We don't have to make up this entire world. So I think that has been a huge lesson for us over the last two years. We originally called it Concepts Over Colourways. Colourways being your continued drops of different colors of really popular models. And what we wanted was connected concepts. And we thought if we had those connected concepts, those storIes would be easier to tell, and then all of those additional colourways would be benefactors of the energy that we were bringing that model.

MP: You have said that all of this changes the CMO’s role into a “CMO+” position. How so?

Berger: Well, first, I think the CMO’S role has changed for a lot of different reasons. One of the things that I always talk to our marketing teams about is I really want them to be business partners and revenue drivers first. And that doesn't take away from the idea generation or creative that I would expect to have out of them. But I want them to be able to take a whole lot of unstructured thought from the business and create it into a structured business plan that has a beginning and an end. So I think that is a significant change from what I think has been perceived by business in general as brand marketing. It's funny, I literally tell young people breaking into the industry, take brand marketing off your resume. People want to know that you can drive revenue; people want to know that you can create demand for a product. Like I tell everybody, I've learned to sort of hate marketing. I love a great idea, I love a great product, and then I love a great story, creating demand for those two things.

MP: What changes have been made internally at such a scale when you're talking about literally hundreds of product releases?

Berger: We have about 250 collaboration drops in the back half of this year. I think having the self-awareness to understand that the business model and your organizational model need to evolve and continually transform is really important. Our organization has evolved in a way where marketing is no longer a department, but it is spread out throughout many departments within the organization. That's something I'm really proud of. It's made our organization very matrixy, but I think that we have a marketing mindset in many different aspects of the organization.

We also very quickly realized that if we didn't have extremely clear ownership of and focus on different aspects of growth, that it was going to equate to nobody owning. We formed a team that sits in between product and marketing. It reports to me. It matrixes into our head of product. That team has both product and marketing sitting within it. It works with all of our different partners across our organization and all of our different brand partners to breathe in ideas that would be designed into the product.

We just had a famous designer named Ron English do a collaboration with Crocs. He loves animal prints, and so we did a party animals drop concept with him. We had all these different pairs of Crocs designed with animal prints that he designed.

[It is an example] of what our team has worked on, and put the ideas, found the partner and brought to market. And they see it through. All the way from the brand partnership [to] the ideation 12 to 15 months out. All the way to the marketing team that sits under this team to bring it to market and making sure that they have all the assets they need to tell that story.

MP: You have a structure that allows ideation to occur from the bottom up?

Berger: We have an online consumer panel which has about 10,000 different segments of sneaker enthusiast population. And then we have the ability to test some of those ideas, all the way through the entire journey, but certainly in the idea phase with them. The cereal Crocs, which isn't coming out for a little bit, was an internal fight between everybody about what cereals were most relevant to it. We went to the consumer panel and that's how the cereals were chosen for the craft partnership.

MP: When you're dealing with that many products and segments, what does that do to the media plan?

Berger: I really truly believe that there's nothing more important than the demand creation piece of the equation for a product. In our world, demand drops on day two. So we're going to launch an idea, it will never have as much demand as it has on day one. If a product is meant to launch with demand it has to be at its peak demand at launch.

MP: What are the channels that you’re using to make sure that demand is there?

Berger: So once we've created that audience, and we have a really robust data lake and we have a robust social following, so we really have to utilize both those tools from a targeting perspective. We are in a youth culture space, so we're talking mostly paid social from the demand capture side. Most of our money is going into paid Instagram, paid Twitter. There’s some TikTok in there as well.

MP: This is sounding more like entertainment launches, building a story and anticipation pre-release.

Berger: That's 100% what it is. It's funny because it works the same way. The best thing that can happen in the sneaker world is that there's a leak two months out of a product or a trailer. It is very similar to a movie release where you need the big bang, and then you need to sustain growth. And the sustained piece, for us, is where the paid comes in. For the most part, the demand creation piece is less of a paid media buy.

MP: If product marketing and product development are merging then we may be looking at a future where even more consumer goods are marketed like entertainment. We probably already are. We see it in a lot of electronics already.

Berger: We have to understand the relationship between the product that we're marketing and the consumer target from an acquisition and retention perspective. Those two things - that customer growth and that product marketing link are directly related, and that is how we're evolving to talk about marketing as an organization. Product growth areas, consumer growth areas. Tell a great story that represents your brand in the demand creation piece. And then the other place that we spend our money is community and purpose. But really it's those three places: it's the demand creation, the demand capture, how both of those things relate to customer growth, and then community and purpose. Those are really our three main focuses.

MP: What would be your main advice to other retailers starting to move down this path?

Berger: I am a big believer in creating a focused entity. I think if you build it, they will come. So I wanted to create this concept team that had a very specific focus, that worked with all of our brand partners, that had skin in the game from a financial budget perspective. That concept team became an entity that then became a focus of our organization and a focus of our partner organizations. All of a sudden you found our partners developing similar dedicated teams to address our entity. It had a slogan “Concepts Over Colourways,” so there is a little bit of internal marketing to create the dedicated focus that you need to move in a new direction. If you believe it's a growth avenue, put the formality behind it: financial formality, people formality, process formality. And if you do that, if you build it, they will come, then it becomes a reality.