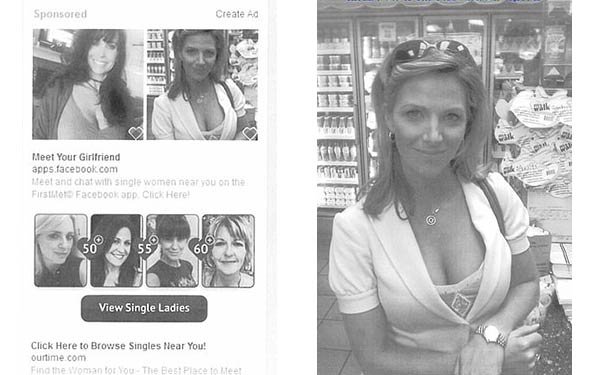 Siding against Facebook, a federal appellate panel has revived Philadelphia news anchor Karen Hepp's claim that the company violated her right to control the commercial use of her image by hosting a dating ad with her photo.

In a 2-1 decision issued Thursday, the 3rd Circuit Court of Appeals said Hepp's claim for misappropriation of her image -- which is covered under Pennsylvania's “right of publicity” law -- falls within Section 230's exception for intellectual property claims.

The dispute dates to 2019, when Hepp, co-anchor of the morning show "Good Day Philadelphia," alleged in a federal complaint that a security photo of her taken at a New York City convenience store was being used in ads running on Facebook for the dating site FirstMet.

She contended that Facebook violated Pennsylvania's “right of publicity” law -- which gives people the right to wield control over how their names or photos are used in ads.

Facebook urged Younge to dismiss the case, arguing that Section 230 protected it from suit over images uploaded by third parties.

Younge sided with Facebook, writing that exempting violations of state laws from Section 230's protections “ would have a negative effect on the development of the internet," and would therefore run counter to the purpose of Section 230.

Hepp then appealed to the 3rd Circuit, arguing that Younge's reasoning “reflects an outdated policy concern.”

“While it may be true that the protections afforded Internet-based ... initially played a crucial role in creating what is now the modern Internet, the pendulum has swung fully,” her lawyers wrote.

Facebook countered that Section 230 was intended to override state laws, including state intellectual property statutes that go beyond federal copyright or trademark laws.

“State laws governing right of publicity vary widely,” Facebook wrote in papers filed in March with the 3rd Circuit. “Requiring internet service providers to navigate this web of inconsistent state laws would require them to mitigate legal risks in ways that would have 'an obvious chilling effect' on protected speech....This is precisely what Congress sought to avoid in enacting Section 230.”

The appellate judges downplayed that concern, writing that Hepp's lawsuit centered on an ad, as opposed to editorial commentary.

“Hepp’s statutory claim against Facebook is about the commercial effect on her intellectual property, not about protected speech,” Hardiman wrote.

He added: “Our holding does not open the floodgates. Pennsylvania’s statute is limited. For instance, it provides a right of publicity cause of action only for those whose valuable interest in their likeness 'is developed through the investment of time, effort, and money.'”

Circuit Judge Robert Cowen, who dissented from the ruling, disagreed that the decision would not affect editorial speech. He said the ruling could spur web companies to restrict protected speech, in order to limit their exposure to lawsuits.

“This decision ... does threaten to open the floodgates,” he wrote, adding that internet service providers now face the prospect of liability under laws that “vary widely from state to state.”